The Jayyous ones were taken during the first week of October, 2004, during olive season. 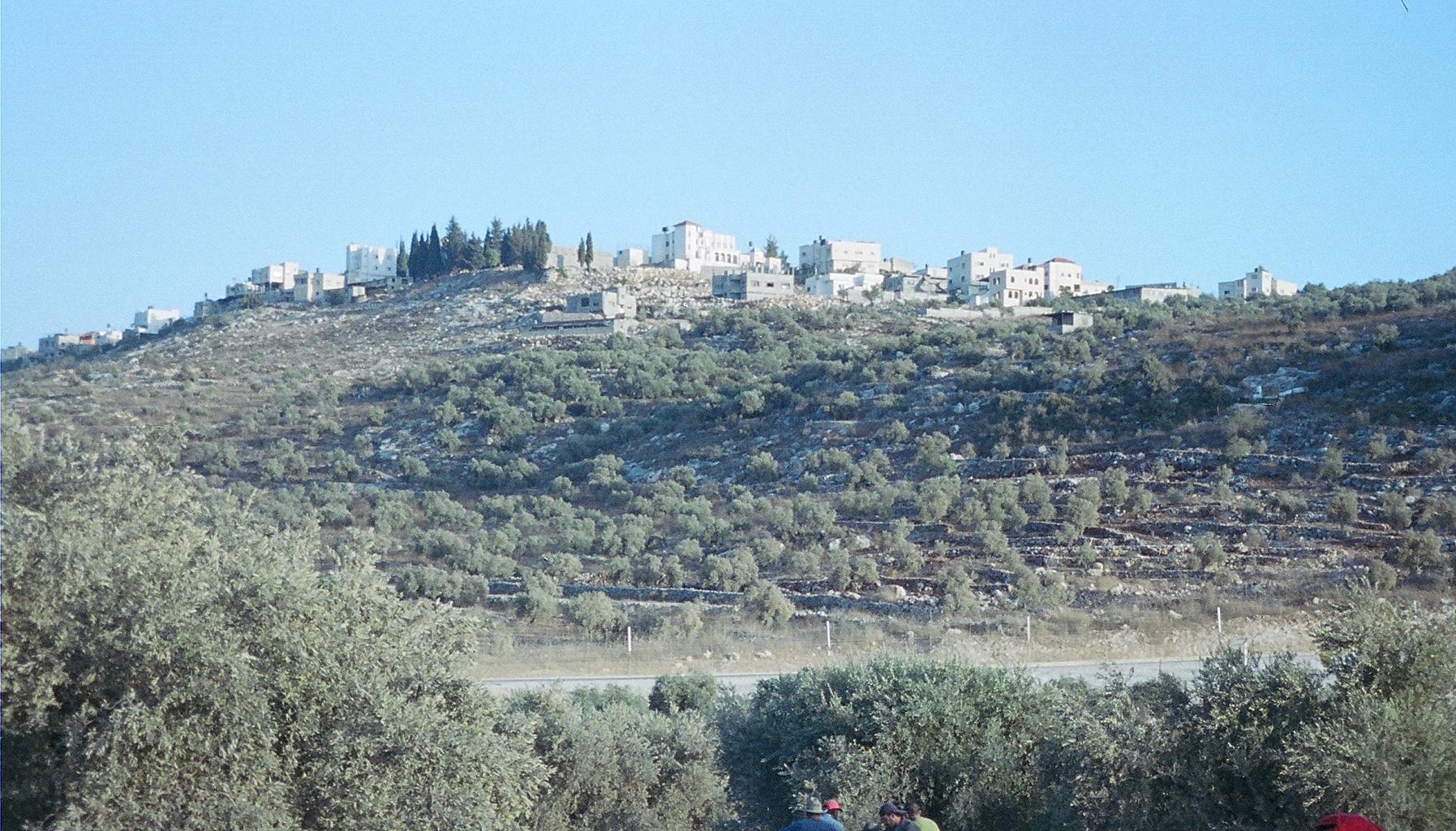 JAYYOUS
My home town in Palestine

Note the incongruity running along the bottom of the picture.
The barrier snakes its way up the hill to the right and comes within 200 yards of some people's houses.
The Green Line (intenationally-recognized border of the West Bank) is about 5 km behind me as I took the pic. 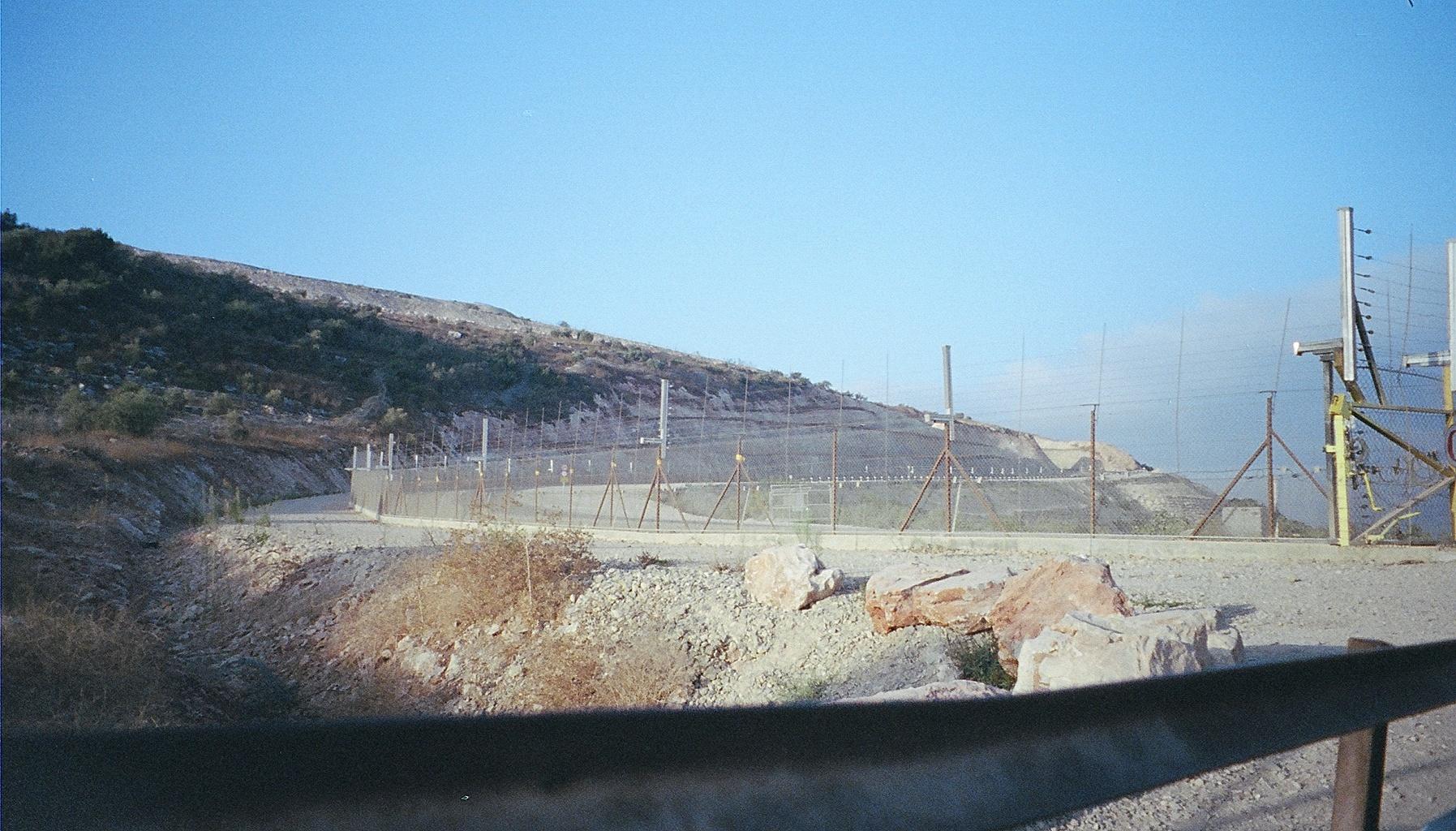 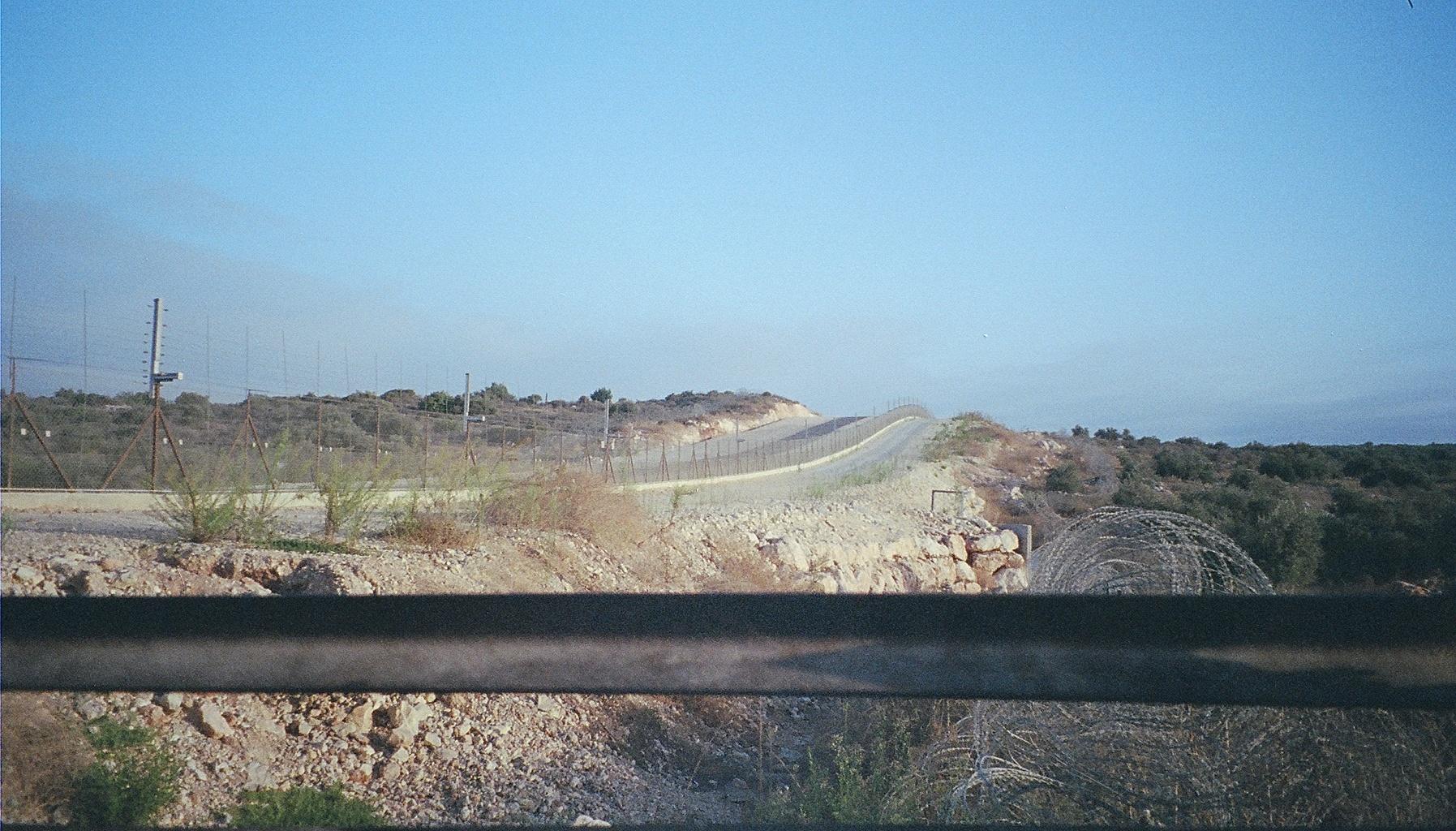 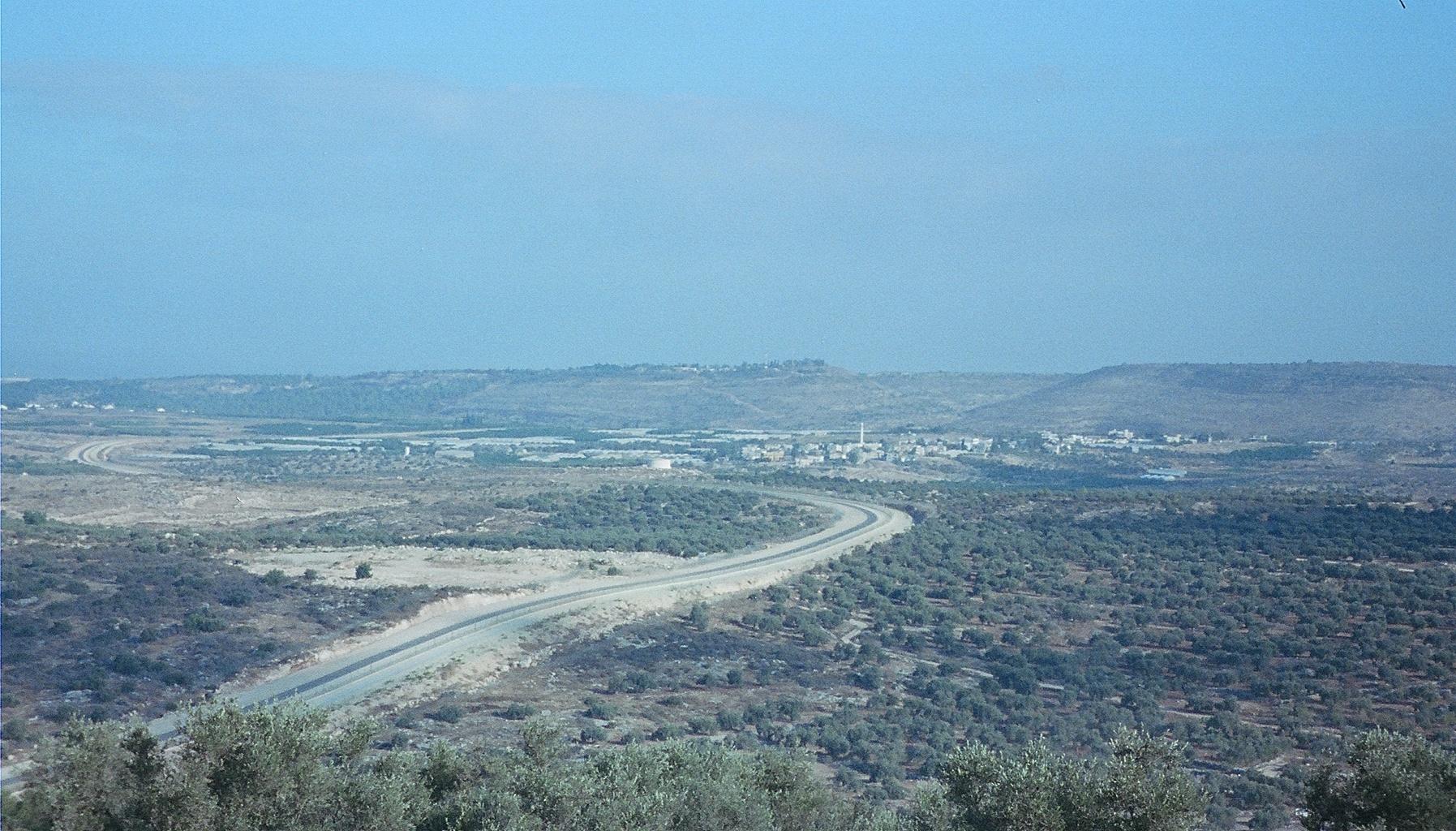 The barrier -- Right down the middle of Jayyous land toward another tiny village.
Note the wide footprint of destruction -- it's much wider on a
hillside behind me as I took the pic, which I will try to develop soon.
The destroyed hillside behind me is a place where several of my friends
spent uncountable hours of their childhoods and adolescent years together.
Everyone in Jayyous refused any compensation for the land destroyed by the Barrier
so as not to legitimize in any way this unilateral theft and destruction without due process of law. 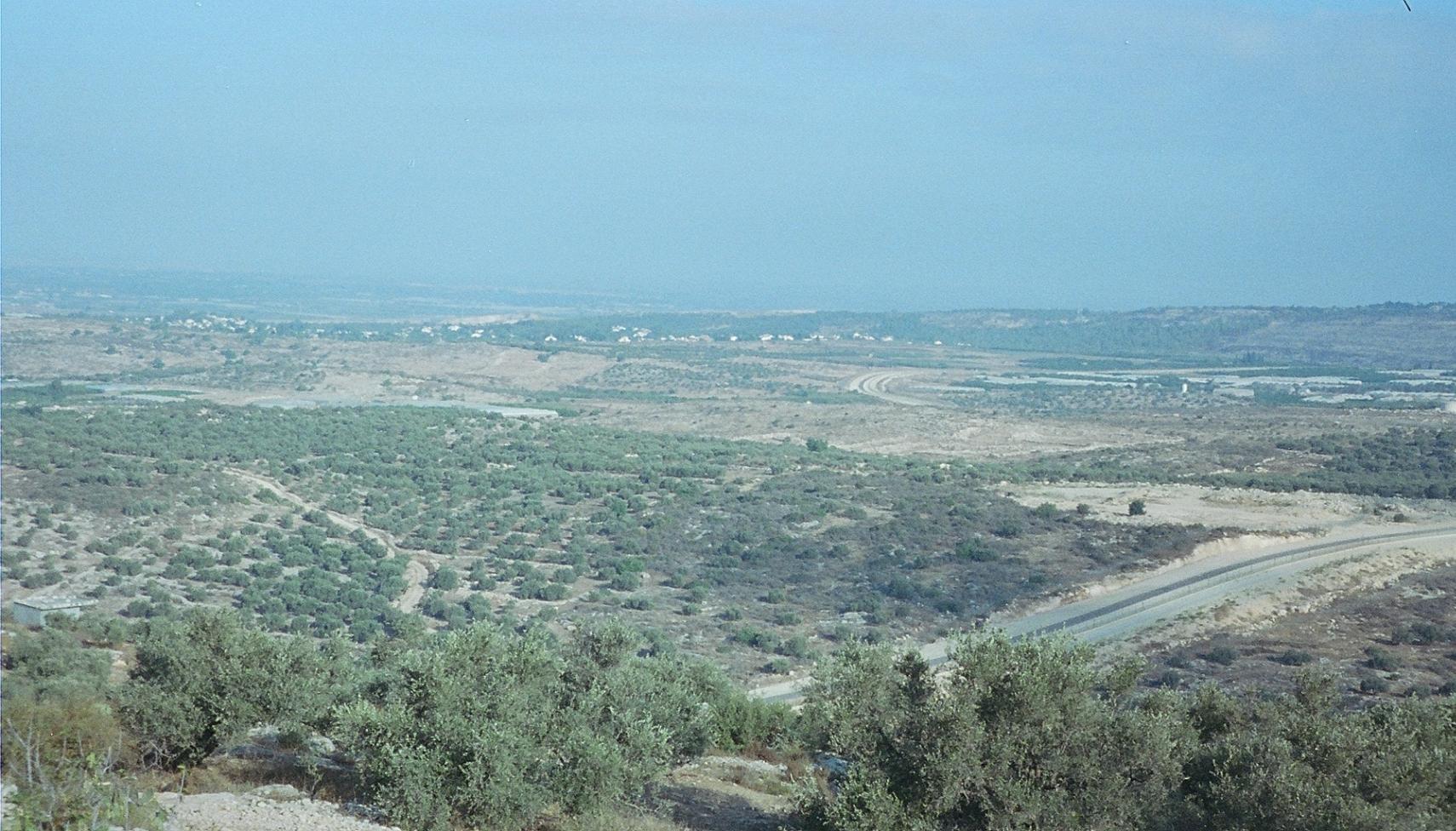 Almost everything in the frame is stolen Jayyous land. 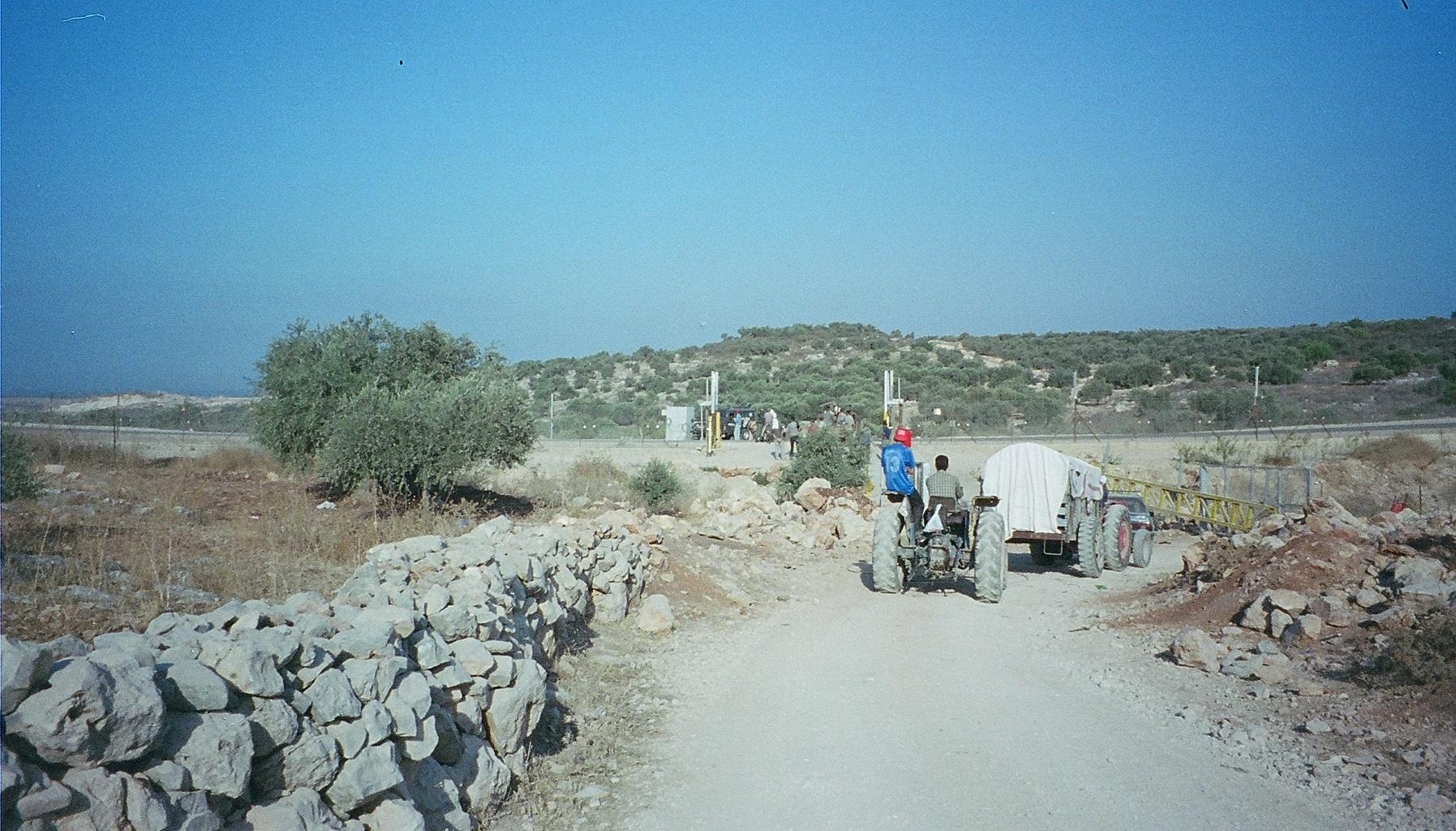 The Gate -- a humiliating ordeal, at certain hours only, which are determined by Israelis,
in which each person who wishes to cross the gate onto his own land must pass
single-file in front of a pack of teenagers with guns and show not only his
ID but also his special permit, which is issued (and revoked) at the will of Israelis. 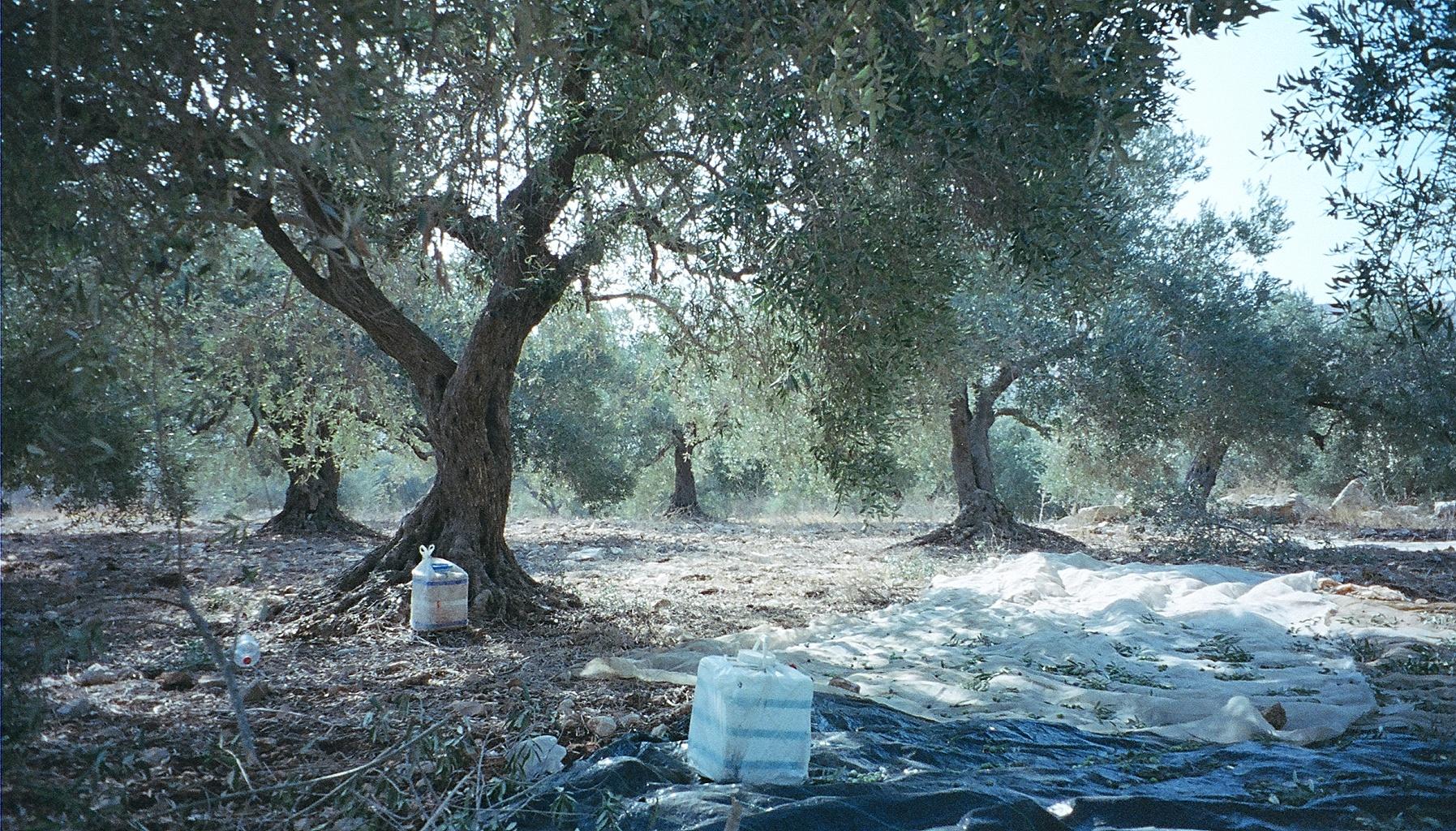 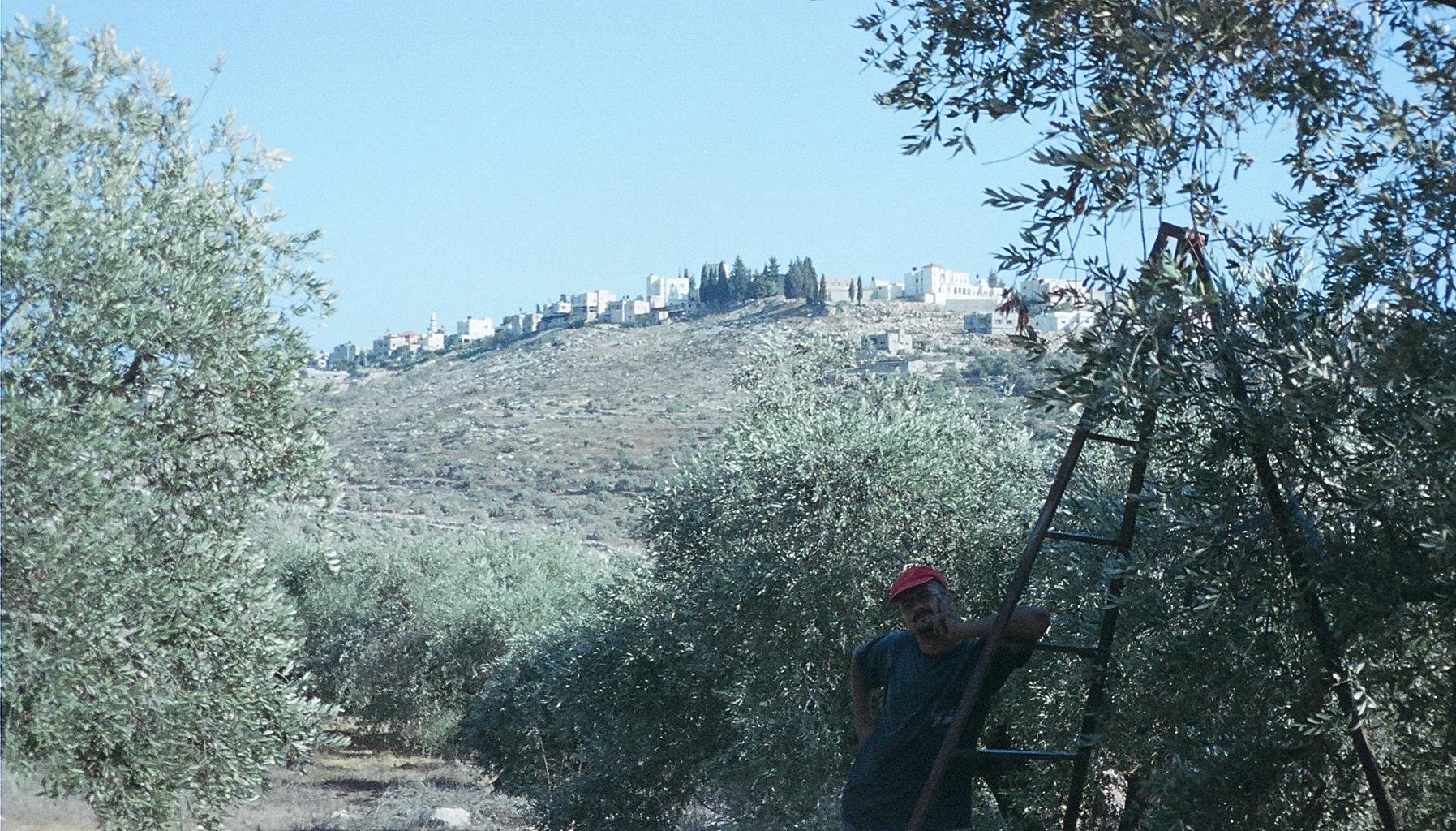 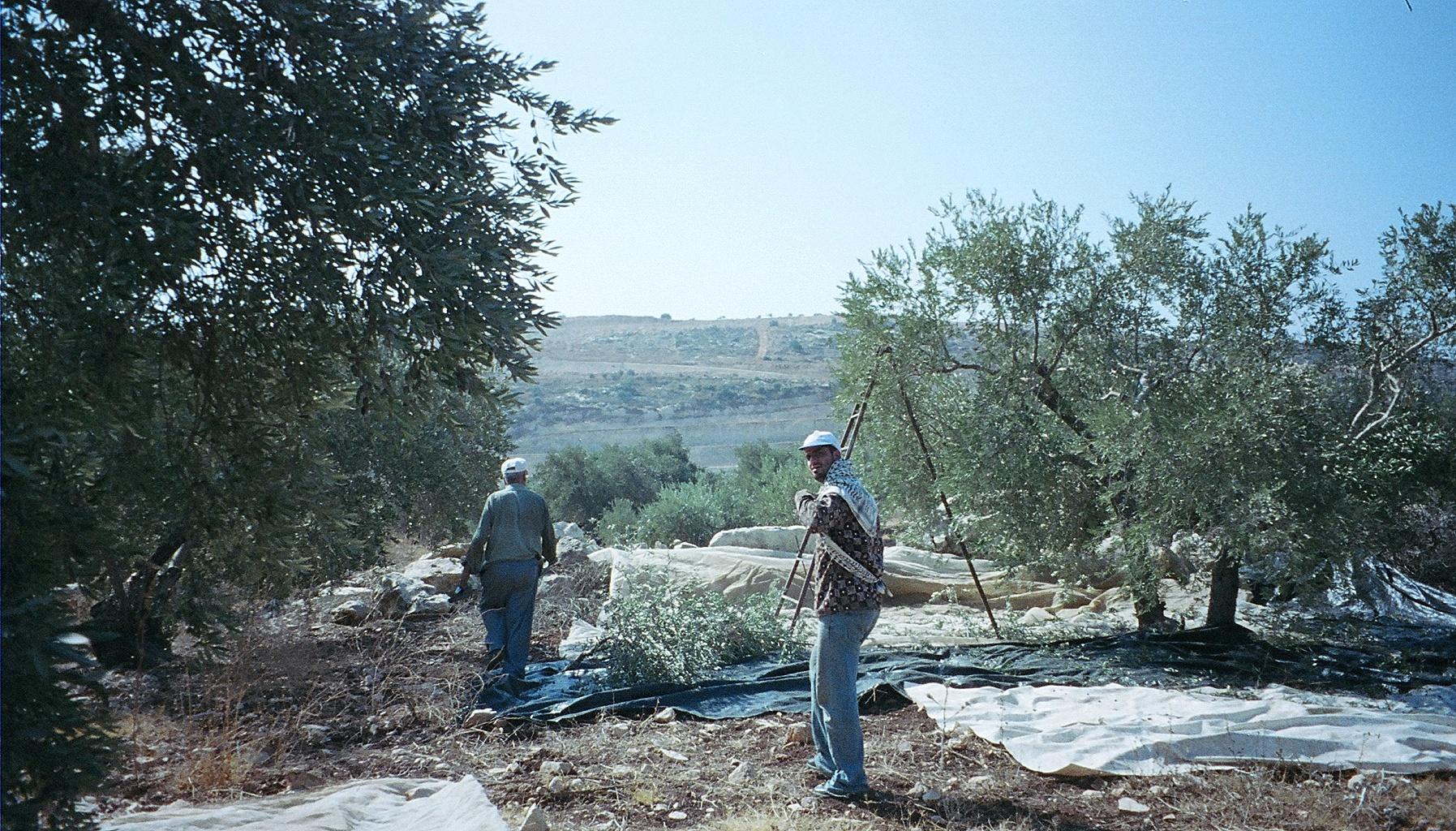 Tha'er and his dad, the mayor Fayez 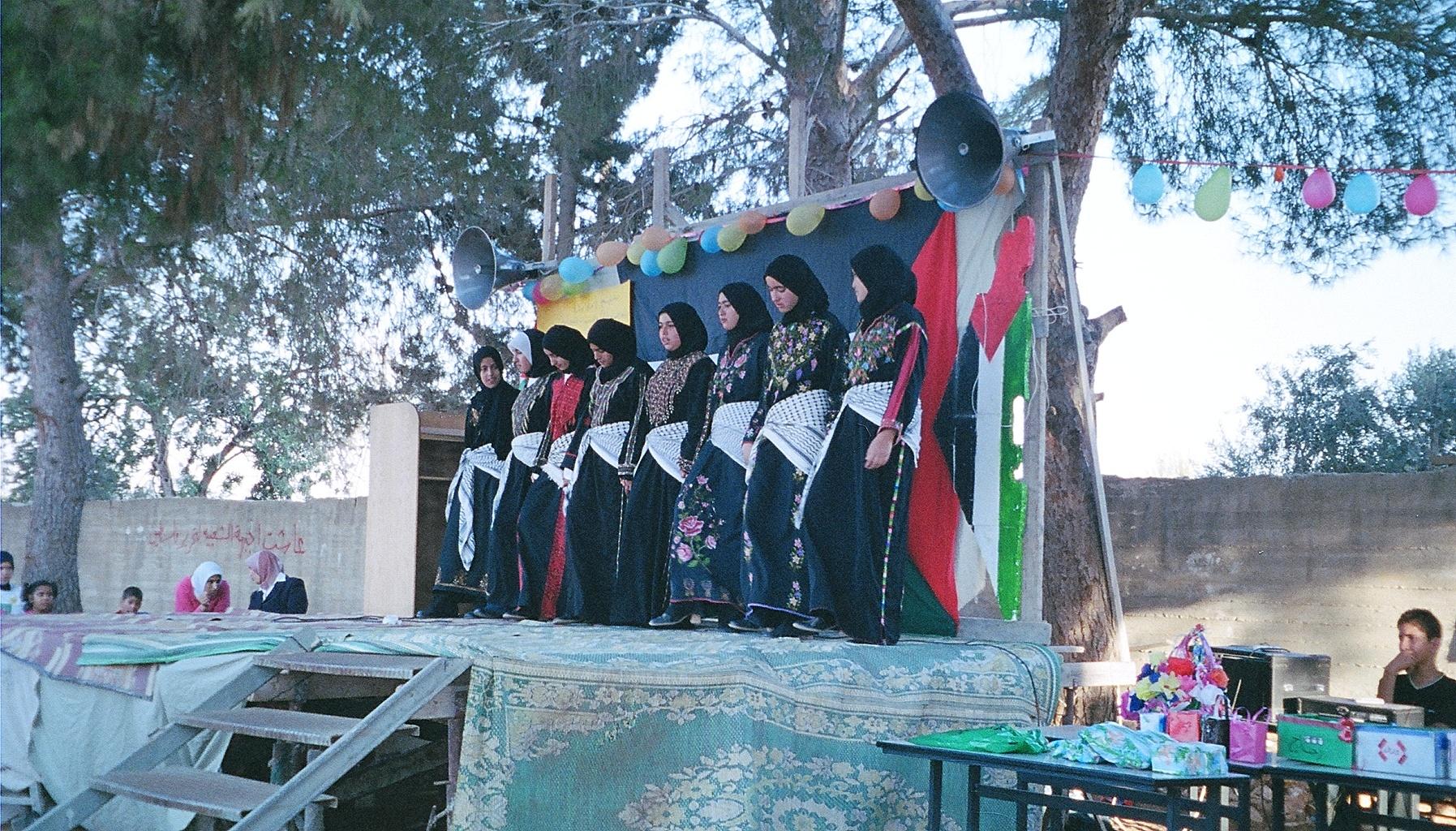 UN-sponsored camp for girls near Jayyous 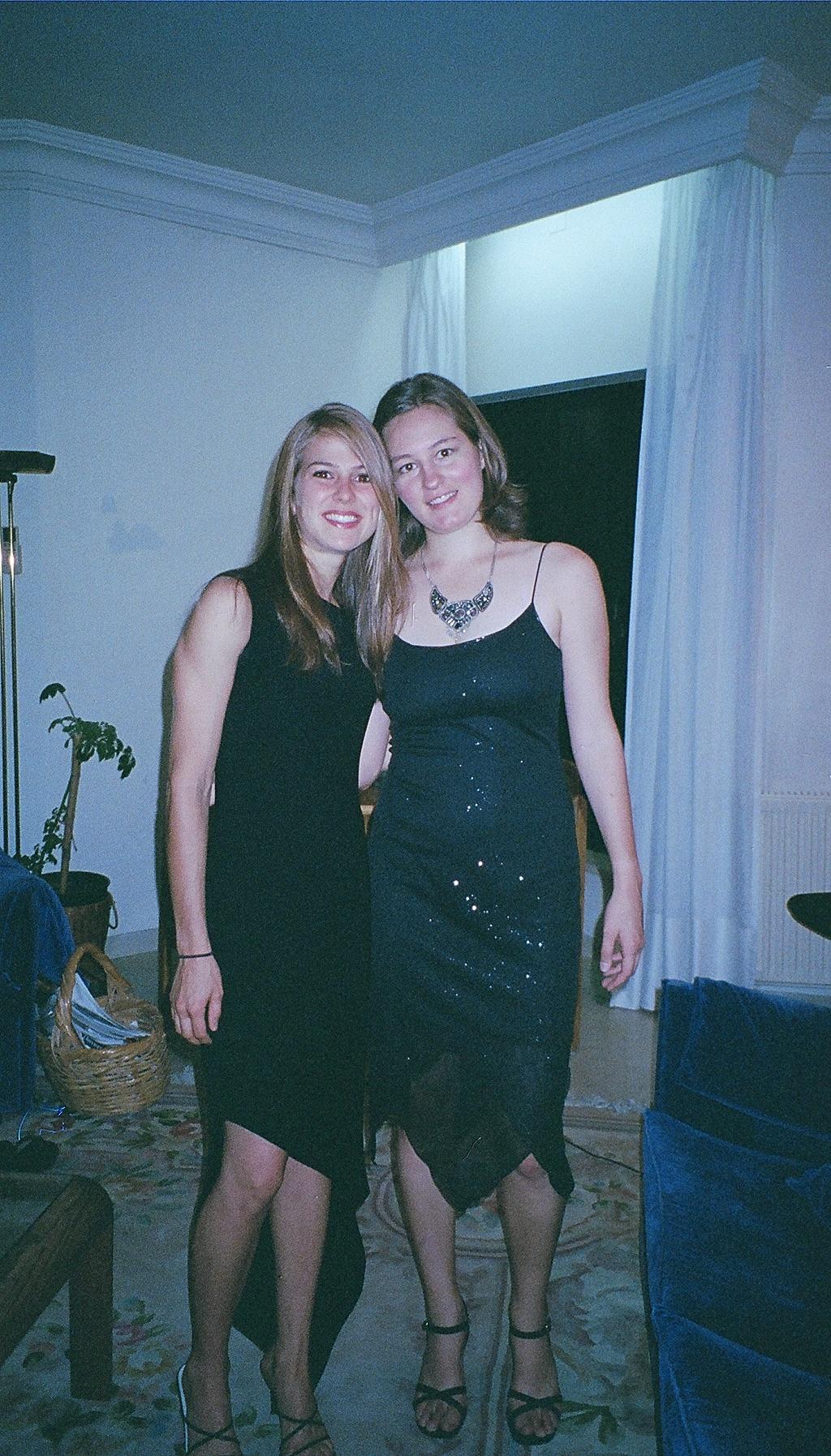 Tanya and me before the wedding of a friend from Stanford in Amman, Jordan 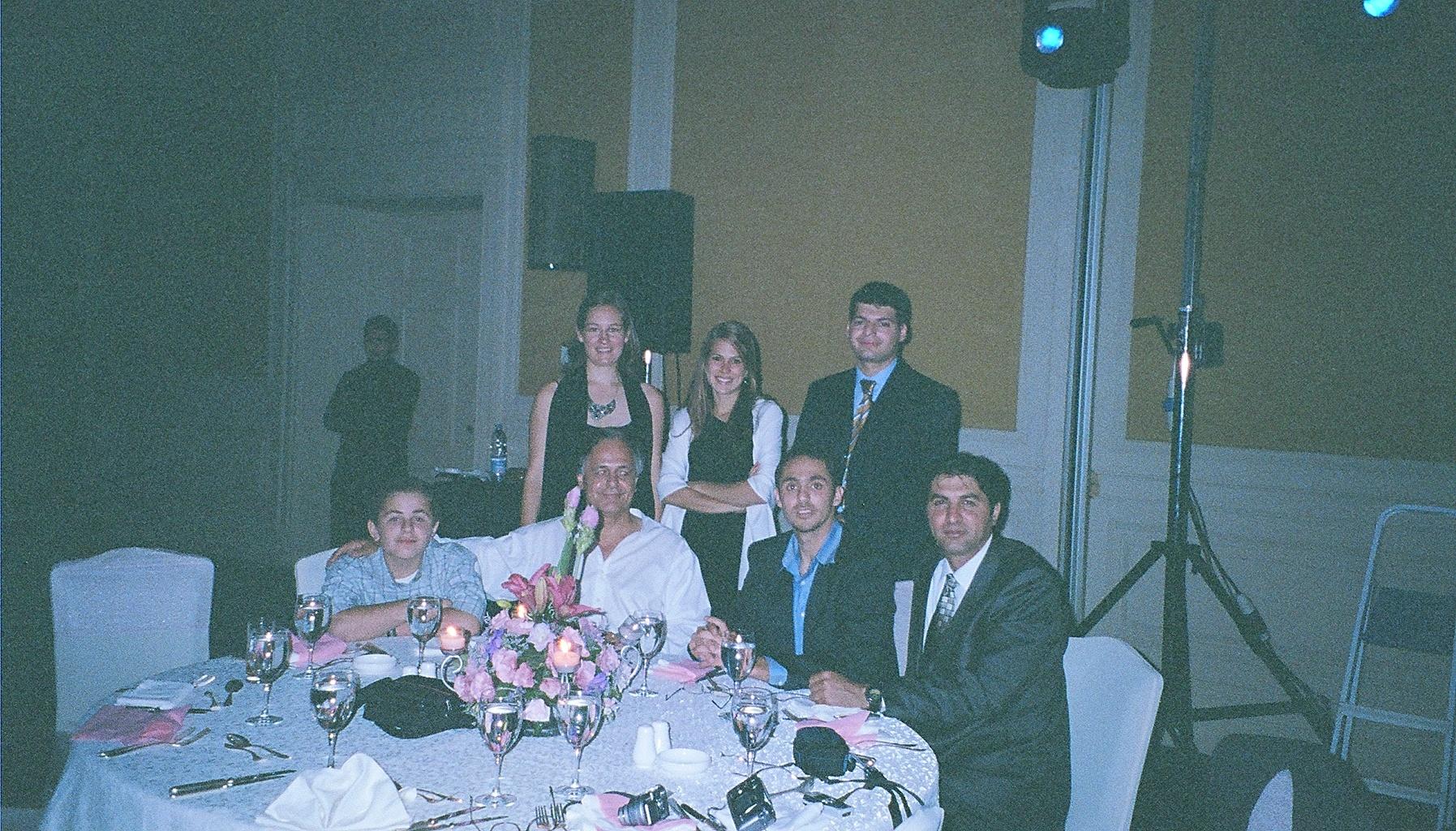 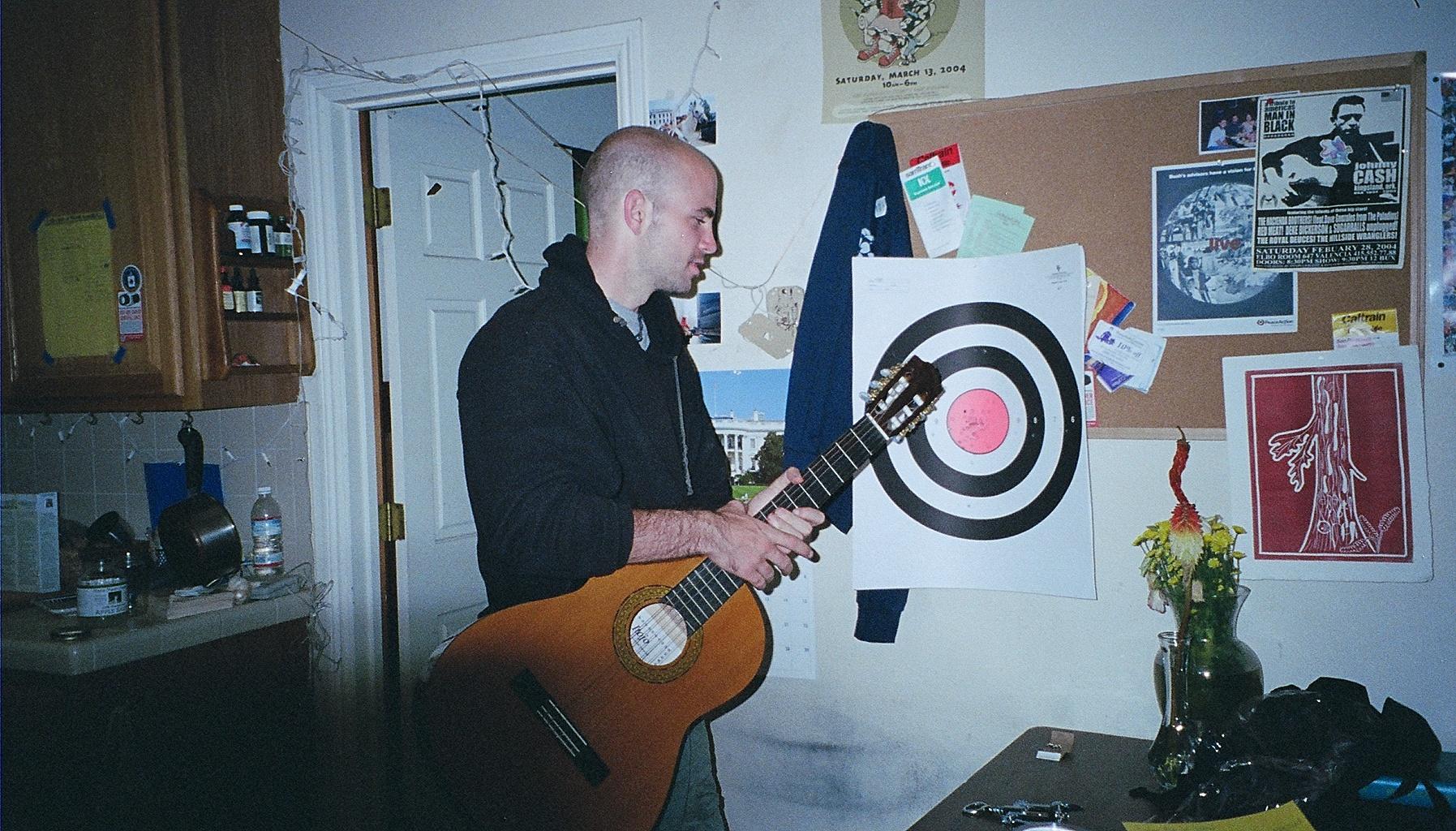 An old roommate and proof that I can shoot good 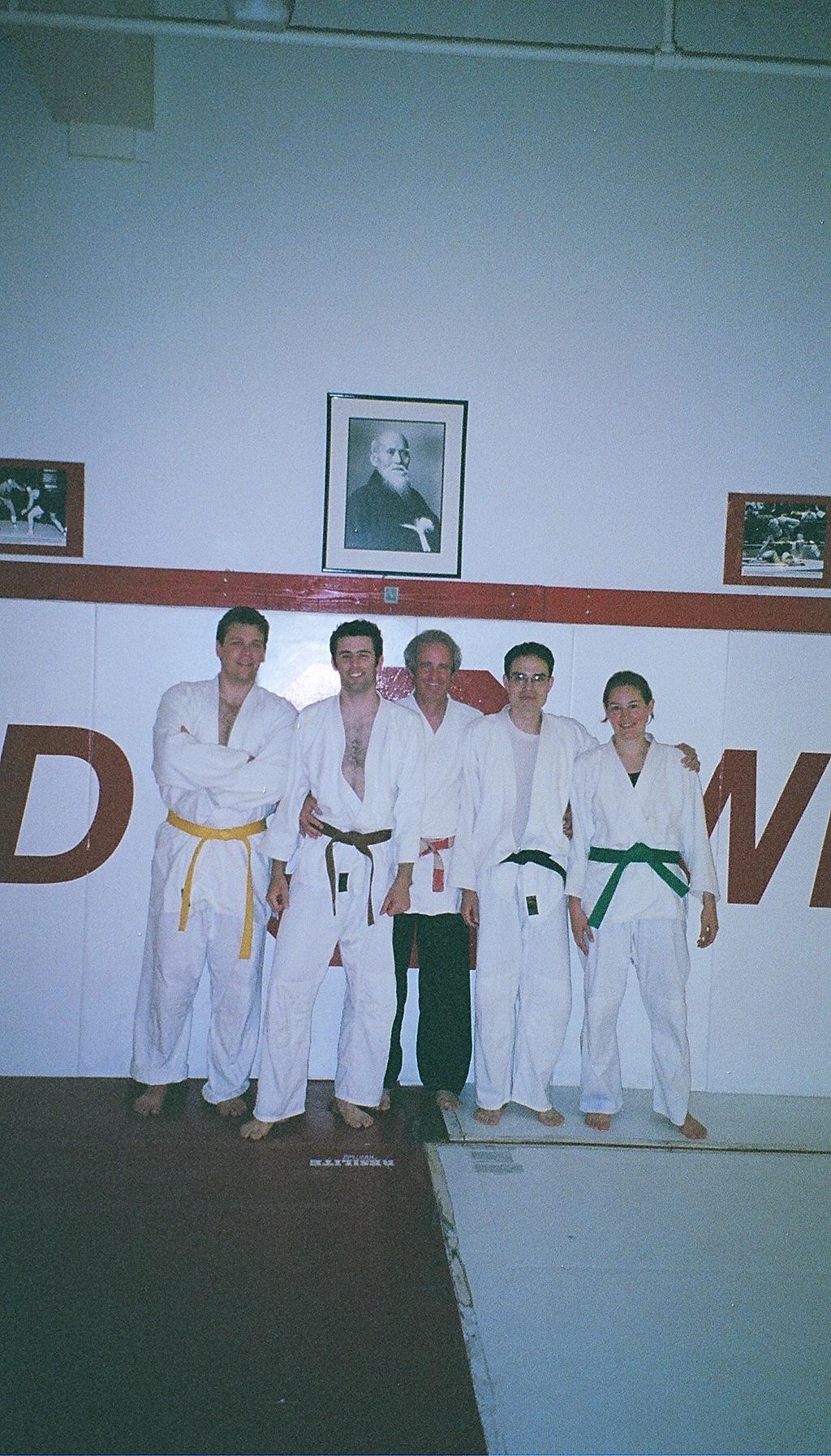 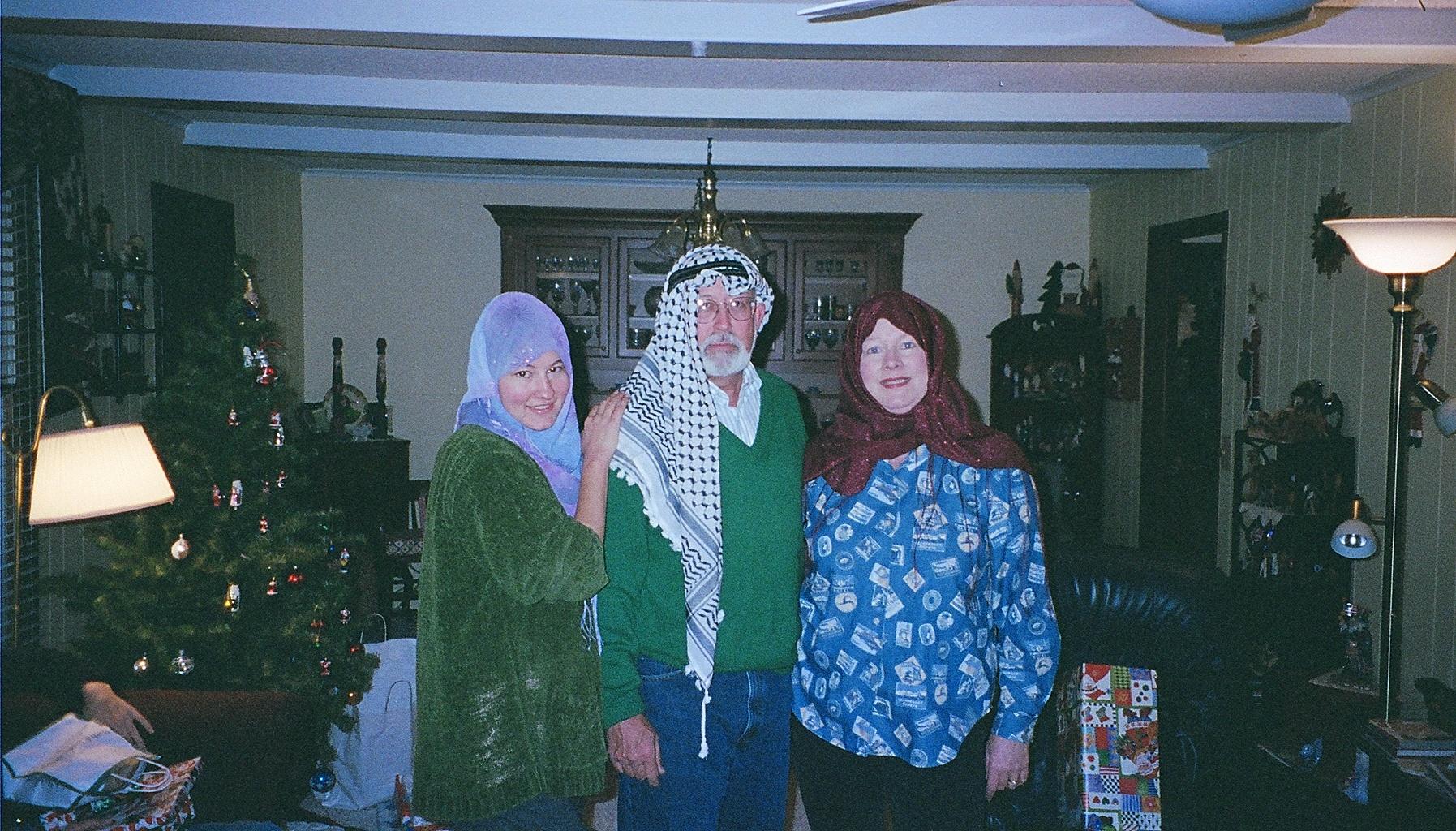 Me, Mom, and "Yasser Bill"
sporting our gifts from the Orient on Christmas in Stigler, Oklahoma 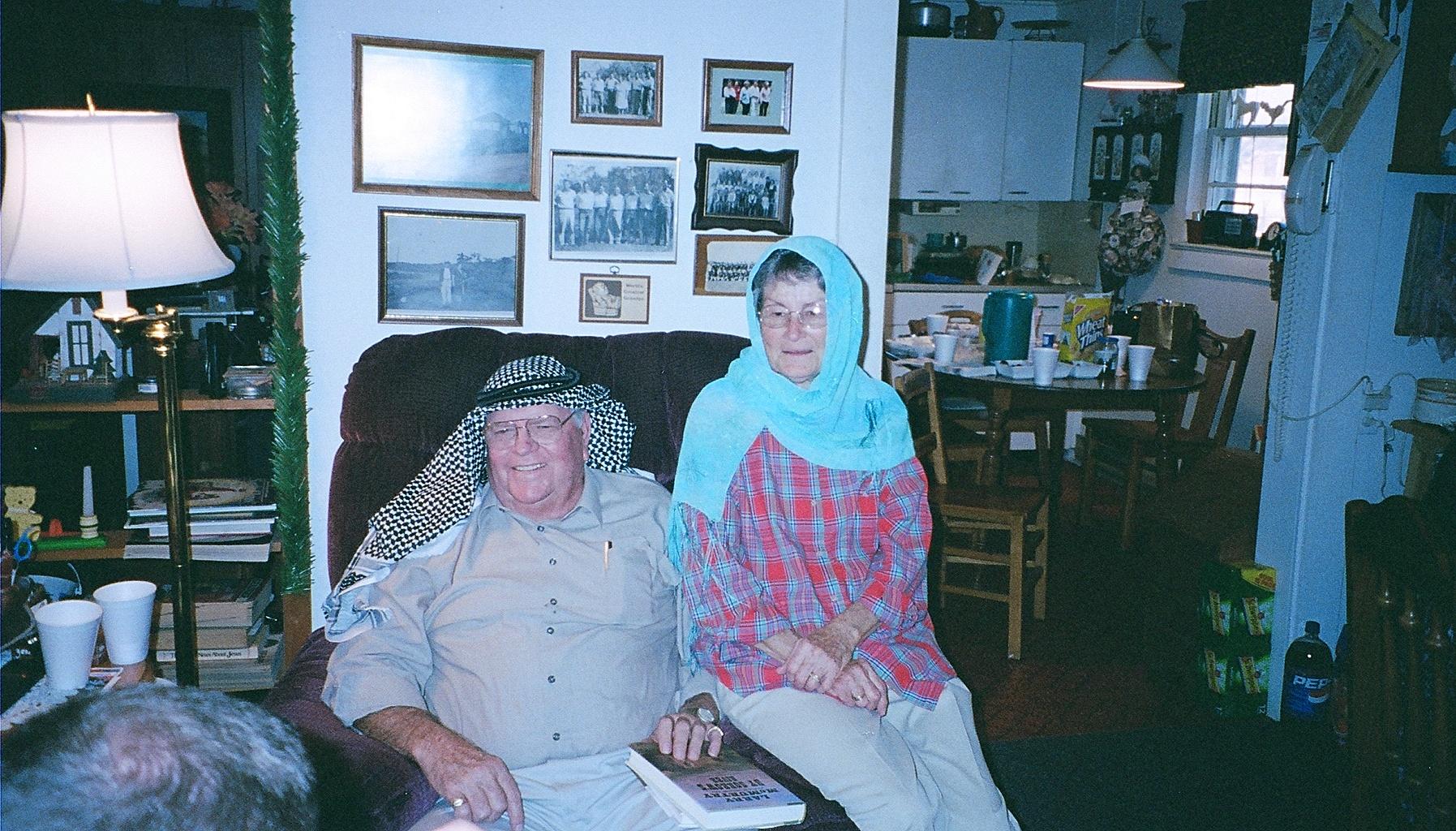 The funniest picture ever taken in the history of the world.
My First-Christian Grandma and Grampa. 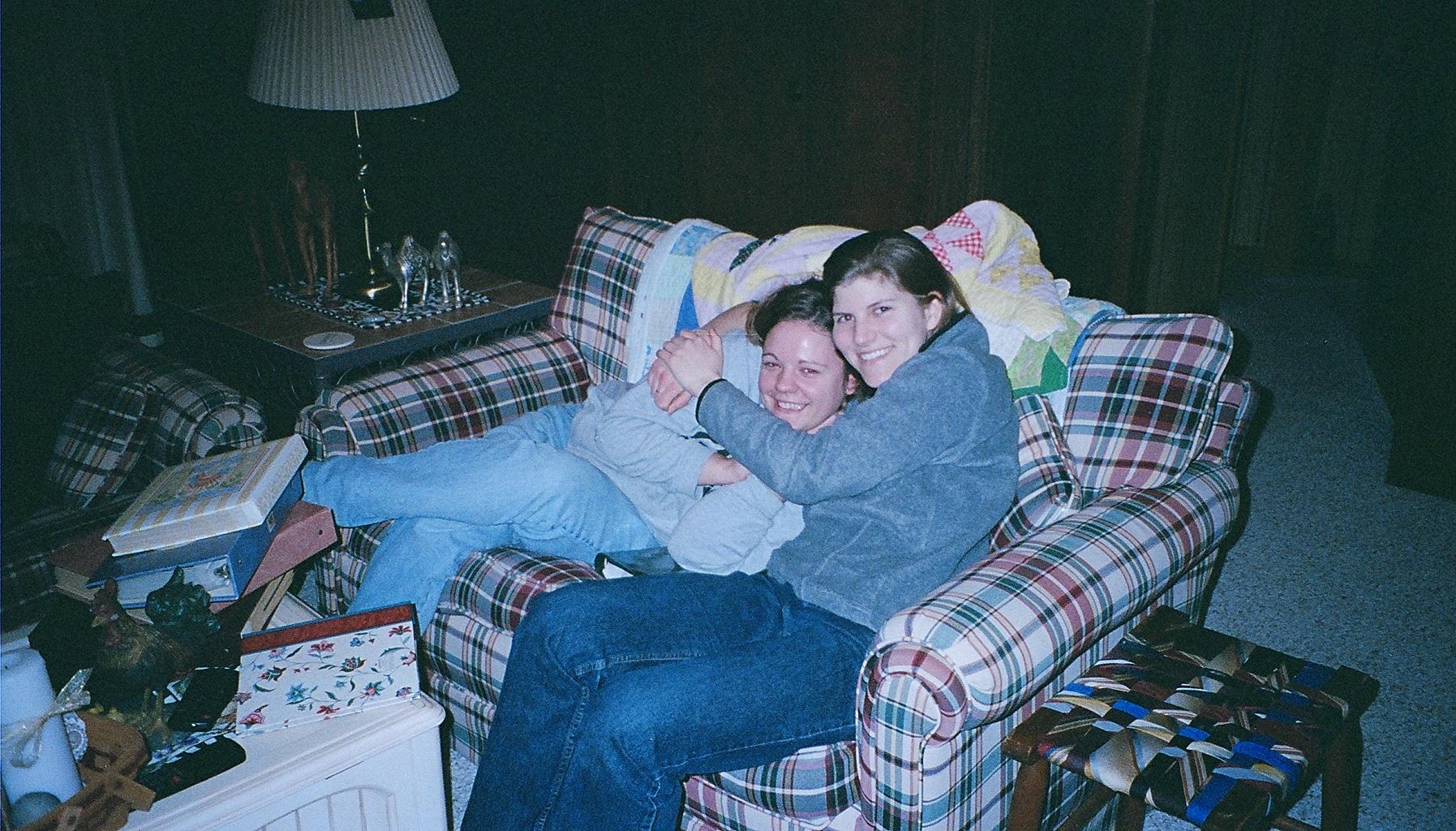 Two of my bestest buddies, Holly and Liz 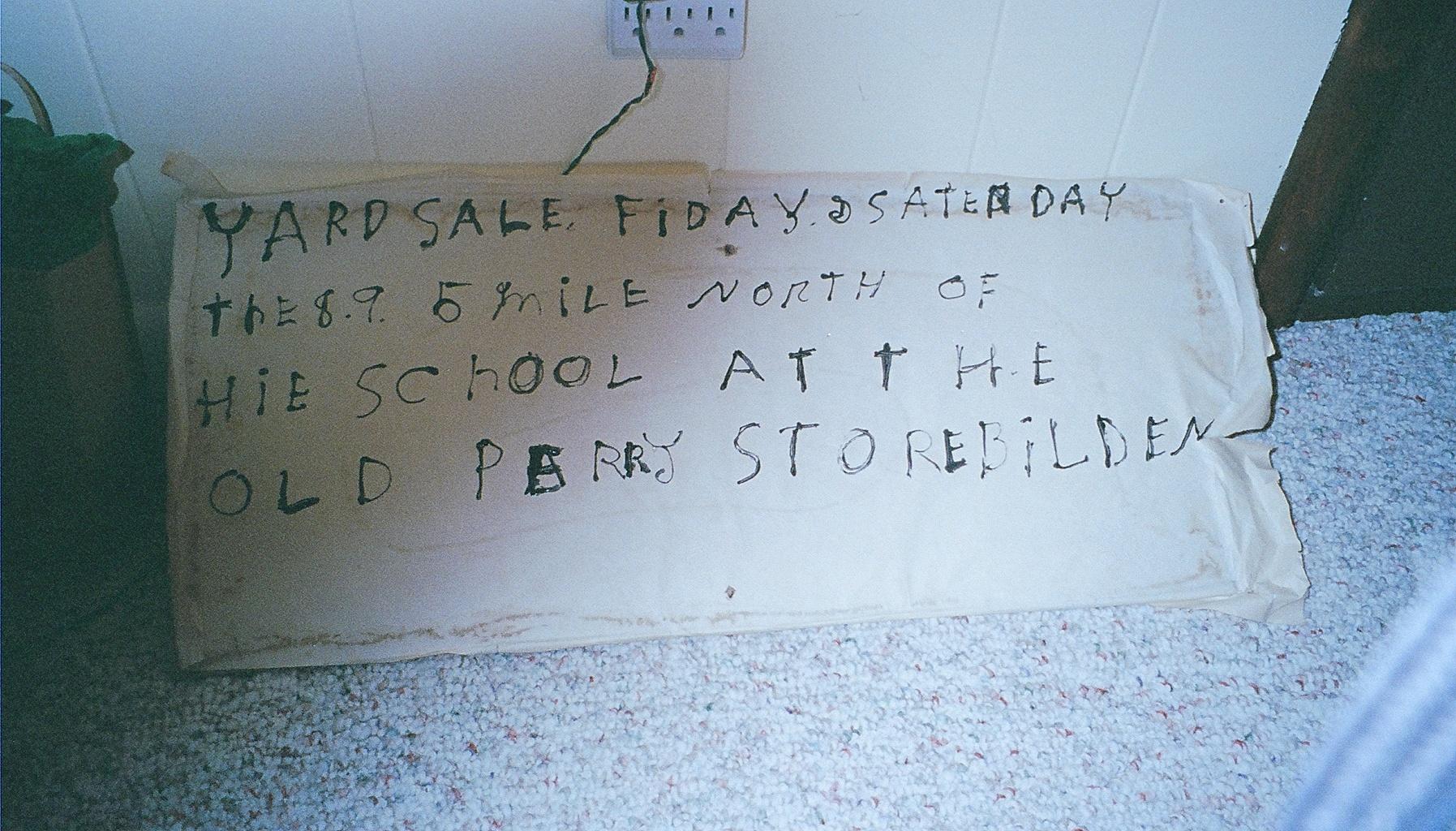 No comment. Go to Perry, Oklahoma, and ask them. 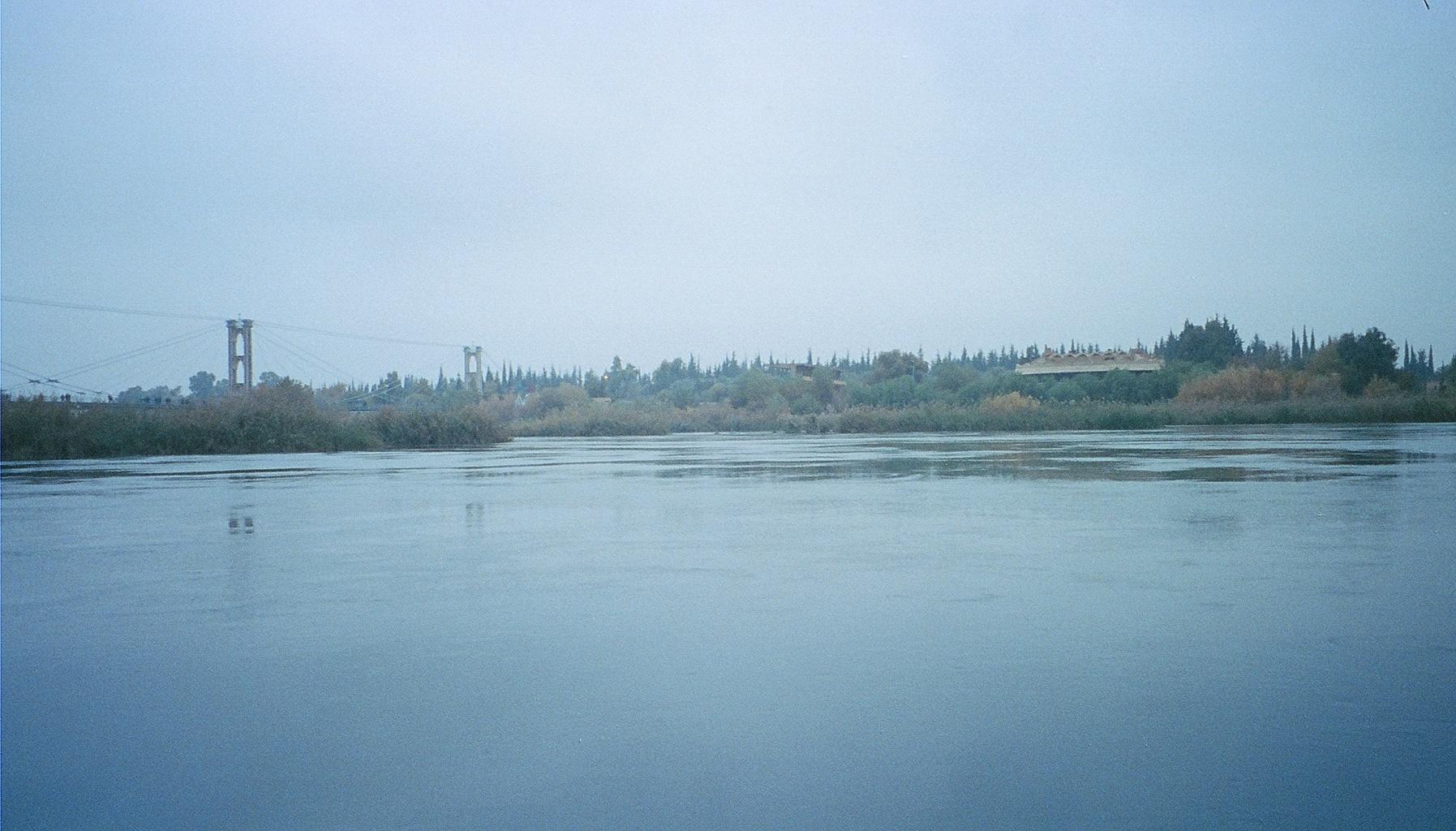