Pictures from Jayyous
and of Dr. Mustafa on the campaign trail

The pictures of Dr. Mustafa were taken in early December.

The Jayyous ones were taken during the first week of October 2004, during olive season.

The pictures of olive trees being uprooted and stolen by Israeli earth-moving
equipment were taken the first week of December 2004, and the theft is ongoing. 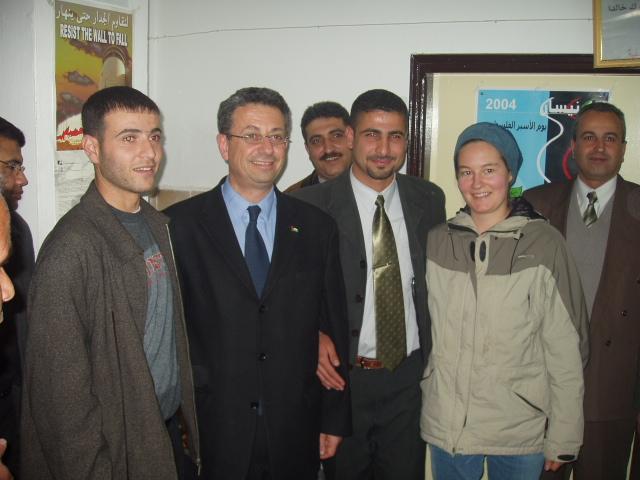 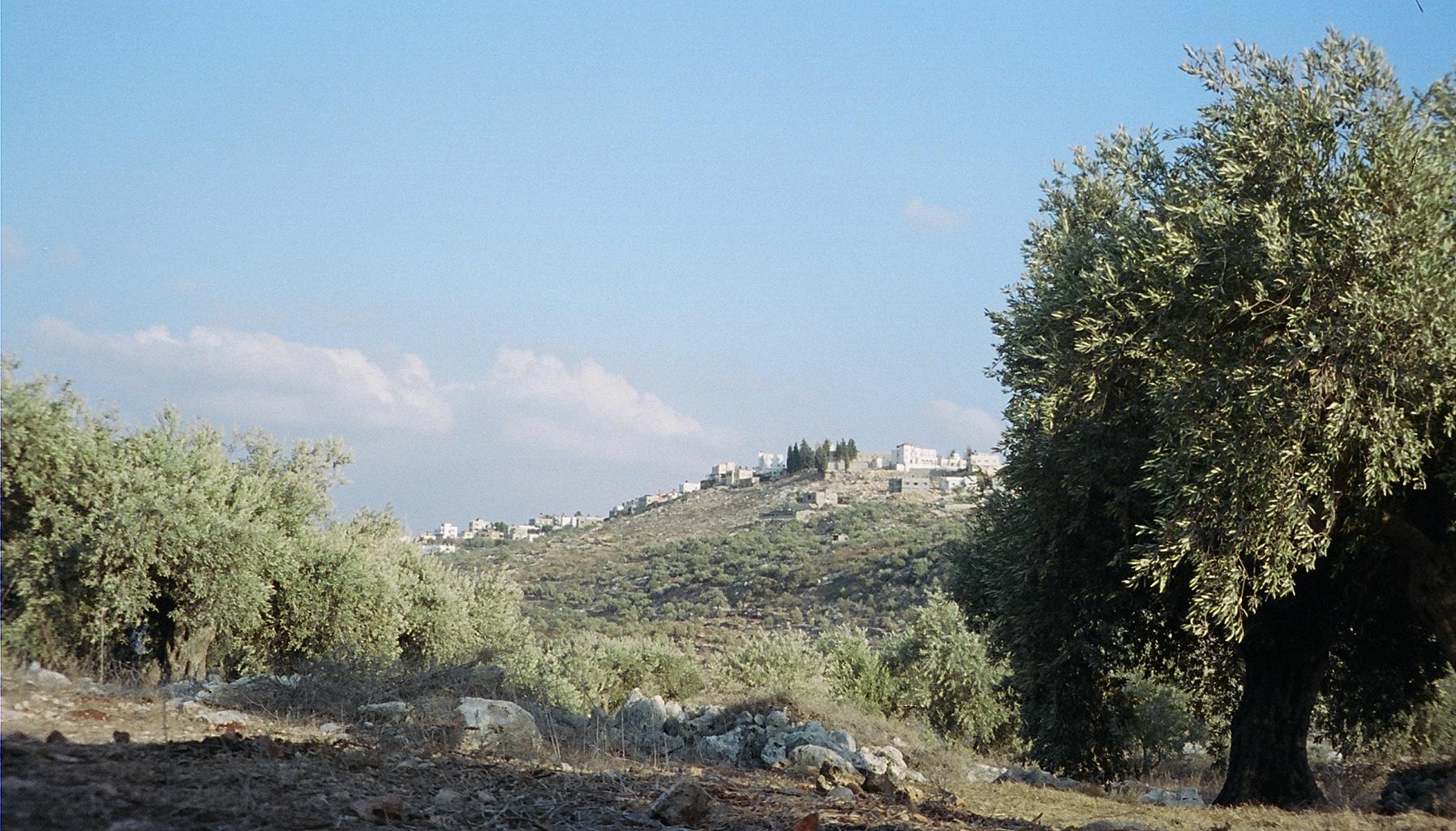 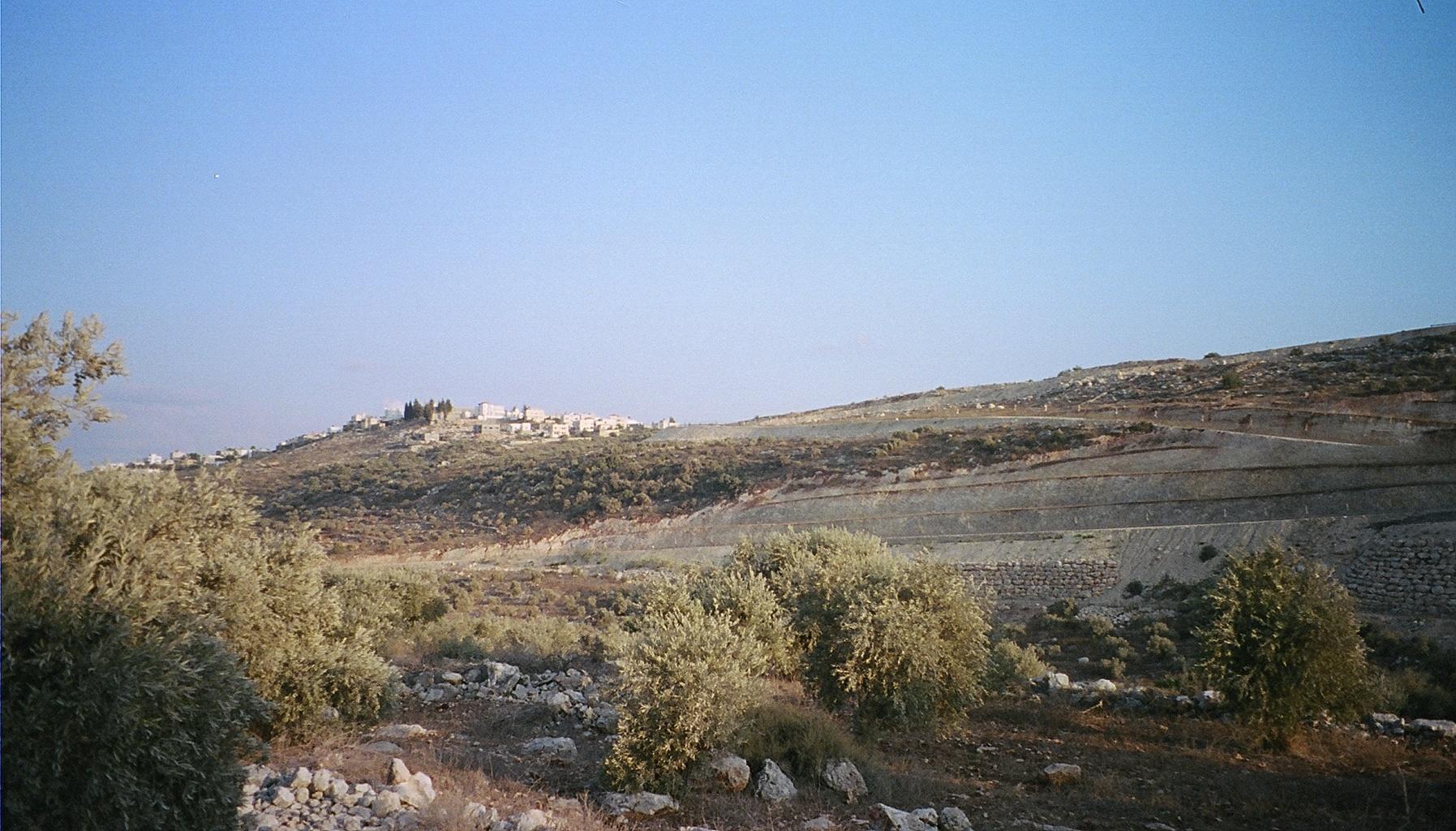 Jayyous next to its most devastated hillside 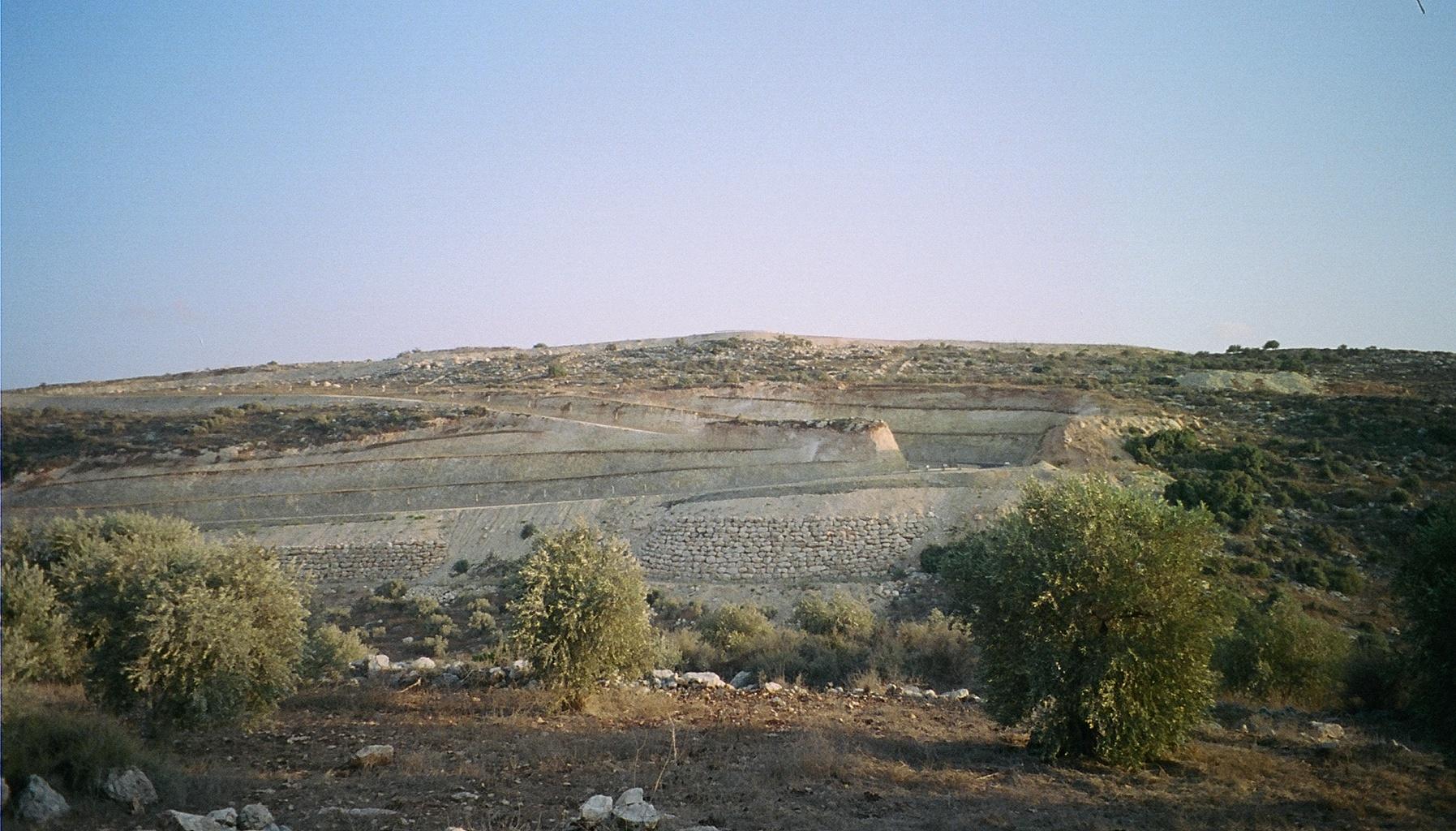 This used to be a whole hill of olive groves, and kids used to play on
top of this hill every day. Now it's a base for military Jeeps,
and the path you see carved and dynamited torturously out of it is
for the Apartheid Fence and armored patrol vehicles.

"With the wall, Israel is taking 75% of Jayyous' most fertile land, including all our
irrigated farmland, seven wells and 12,000 olive trees. Jayyous' 3,000 residents depend almost entirely
on agricultural income. So this means a loss of our livelihoods, dreams, hopes, future and heritage." 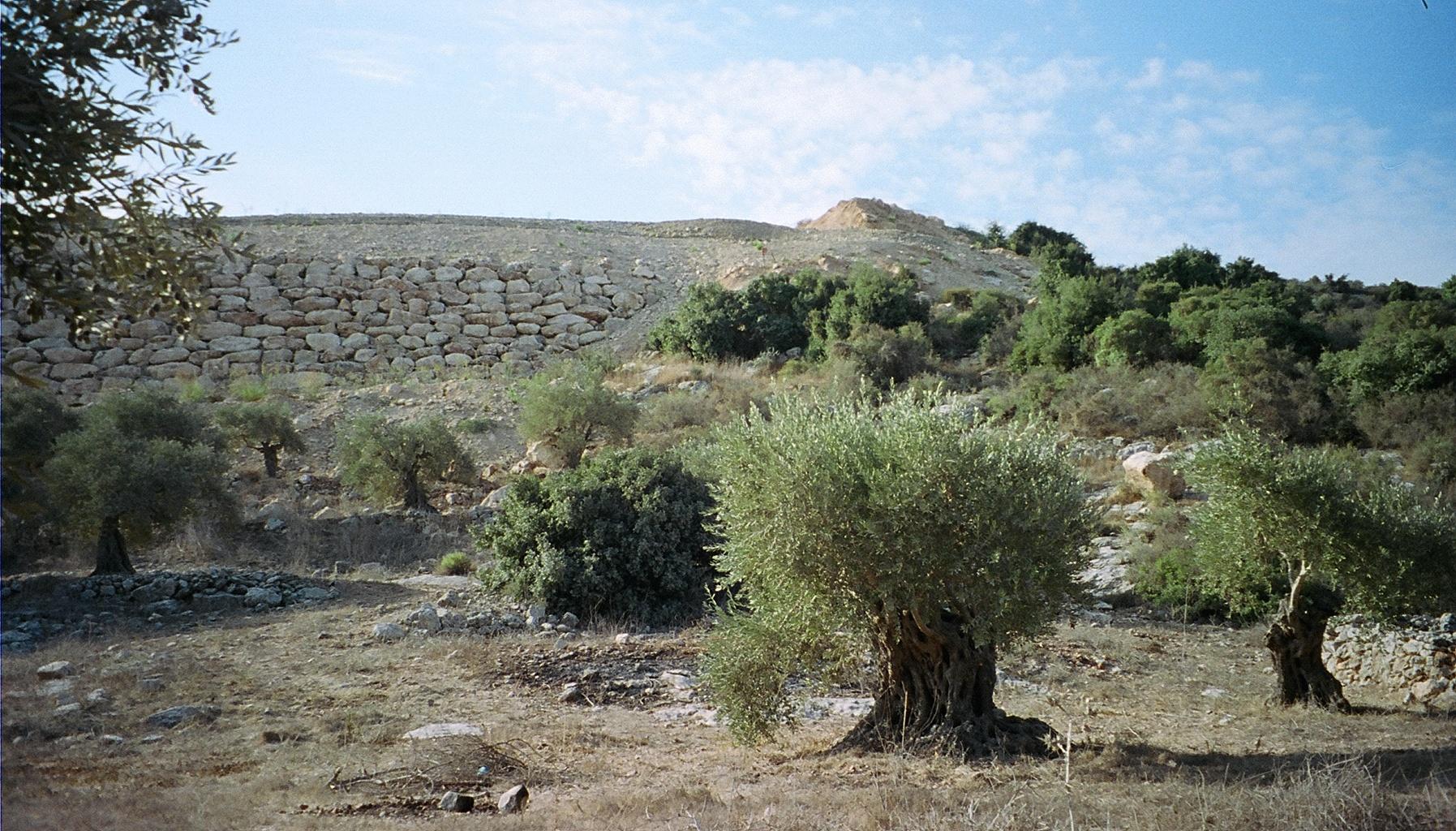 Olive groves under the worst-blasted hillside 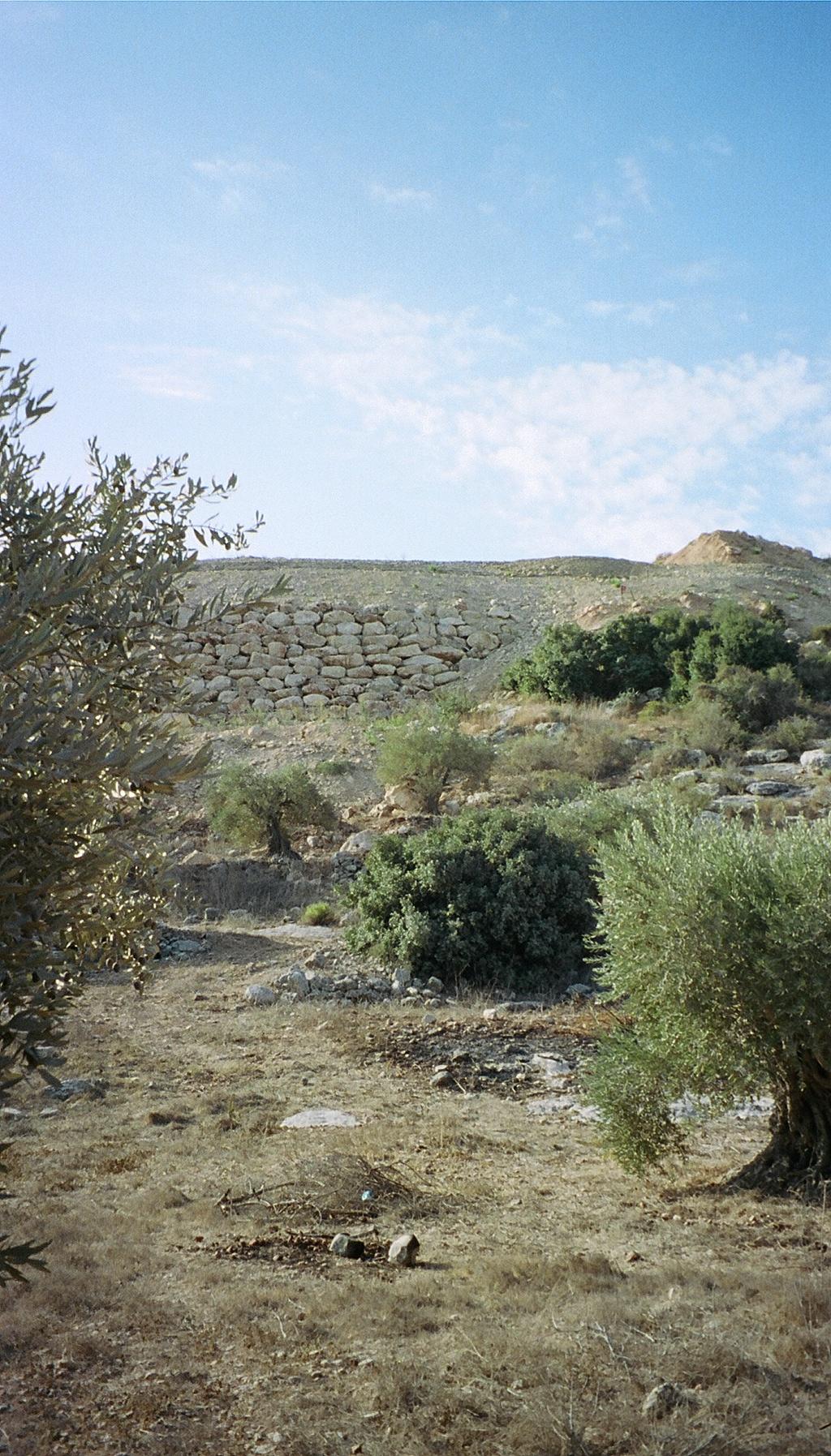 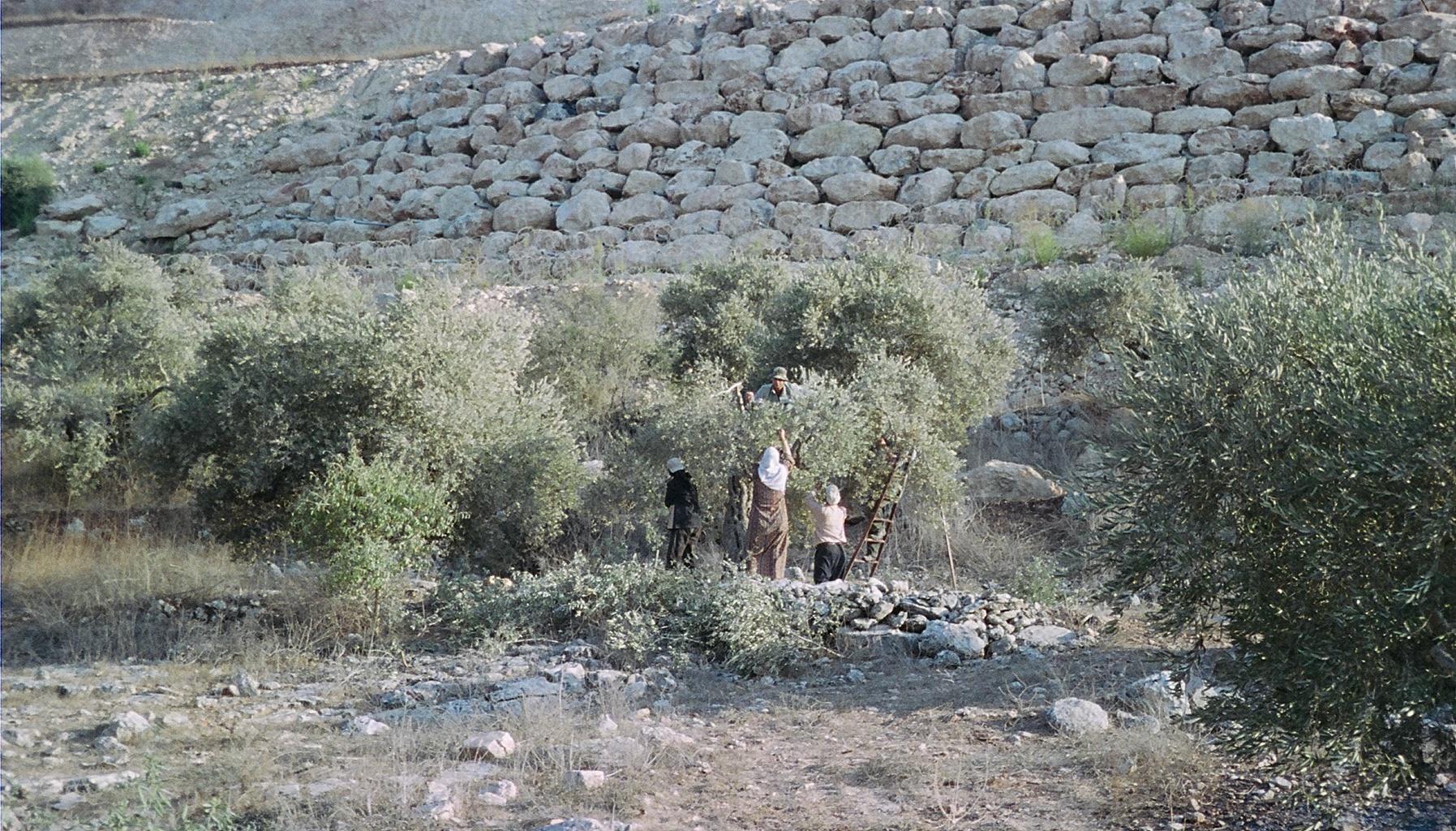 Picking olives under the shadow of devastation
(The stonework you see was built by Israelis for their Apartheid Fence and patrol road.
Thirteen of the family's trees were destroyed here, and countless other families', too.) 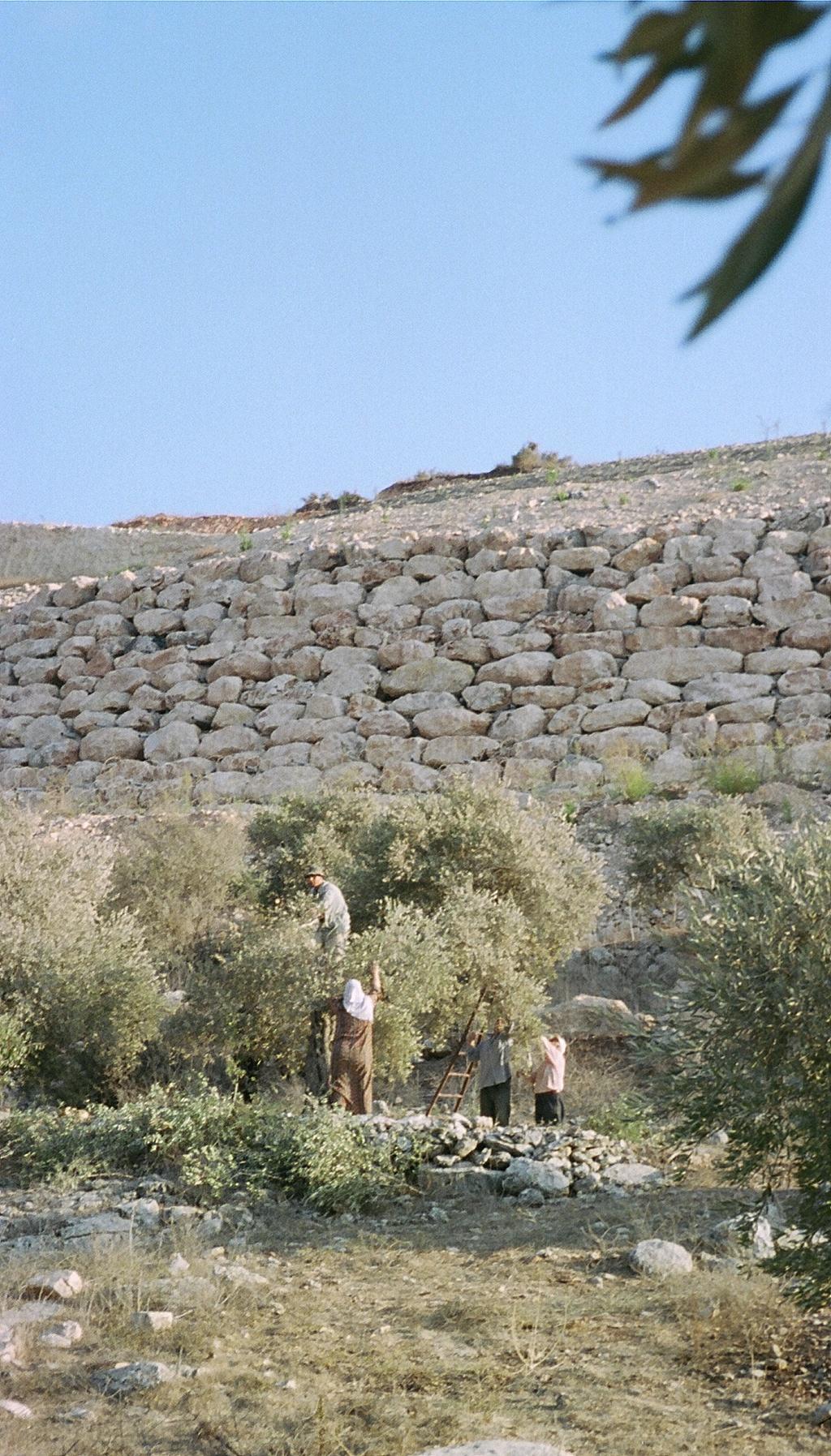 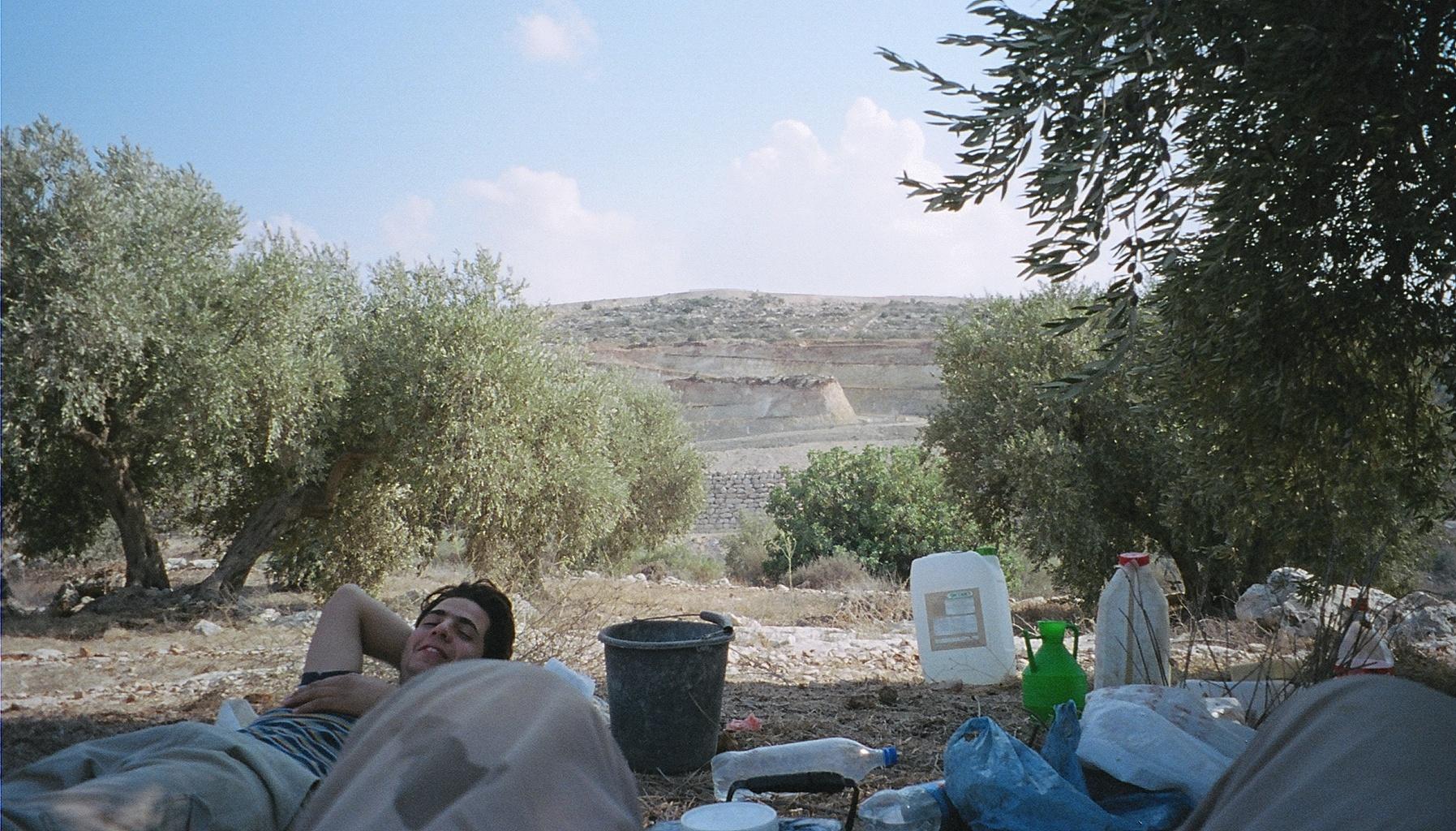 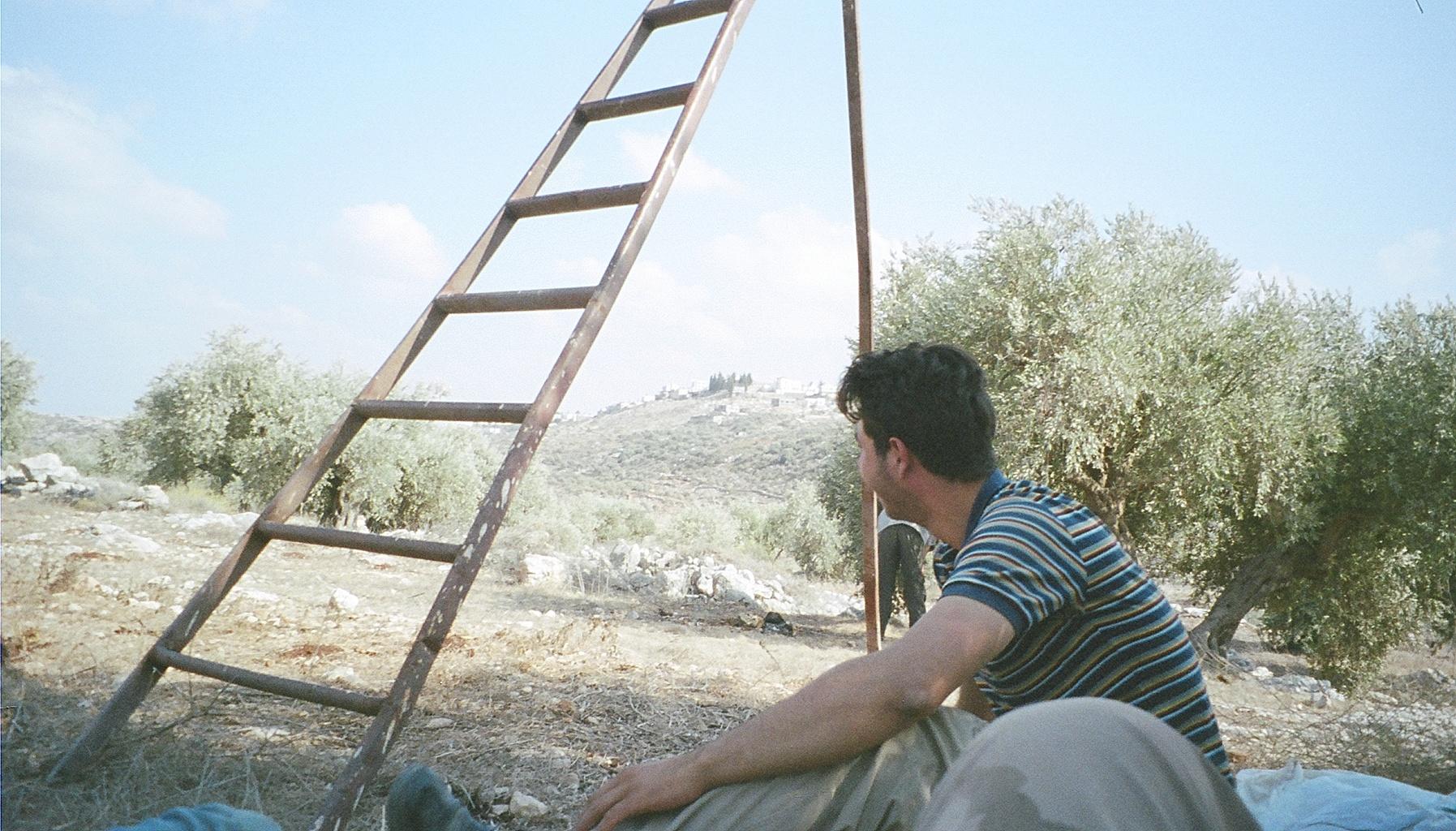 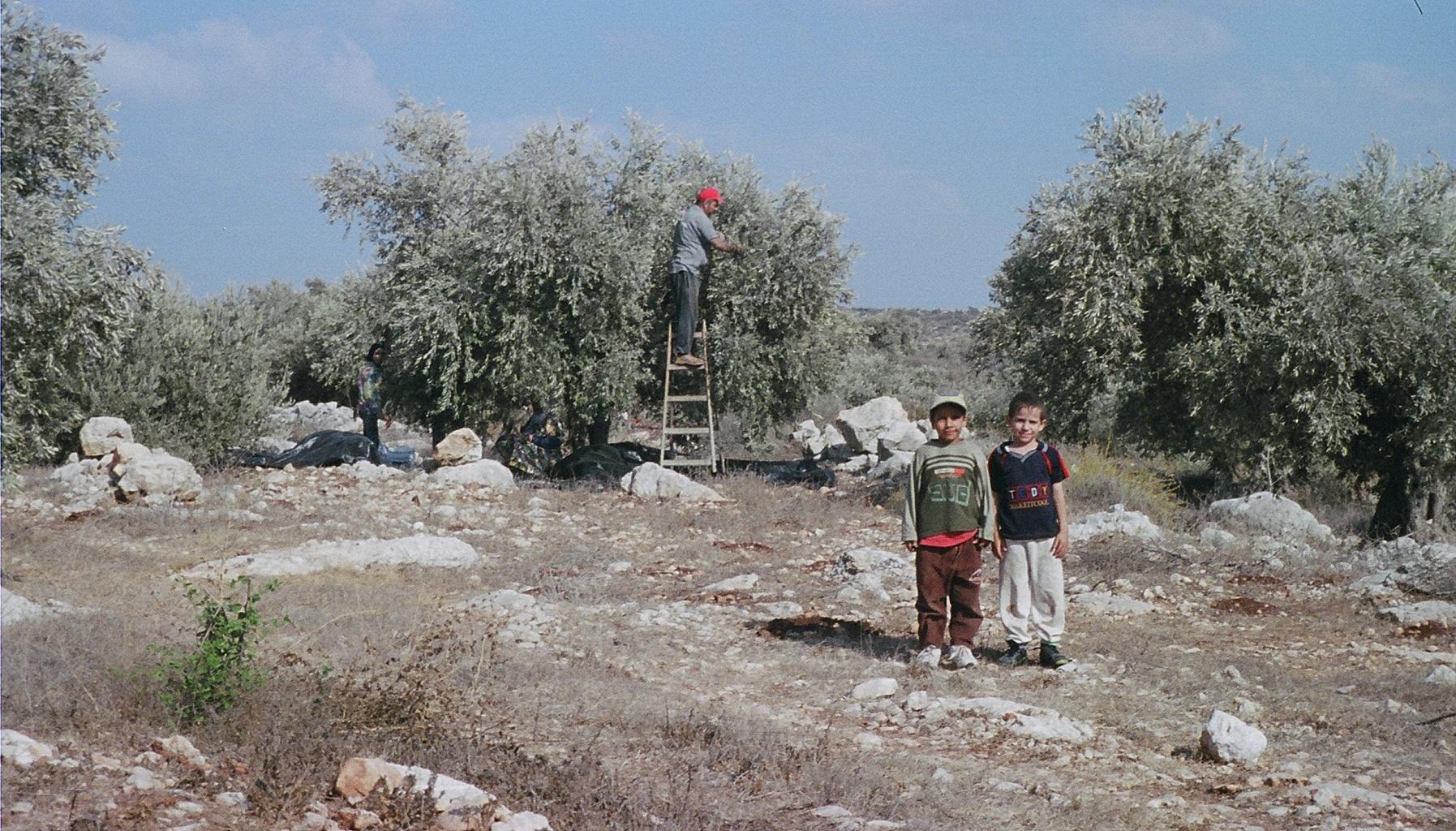 A couple of nephews, Mahmoud on the right, grandpa in the tree 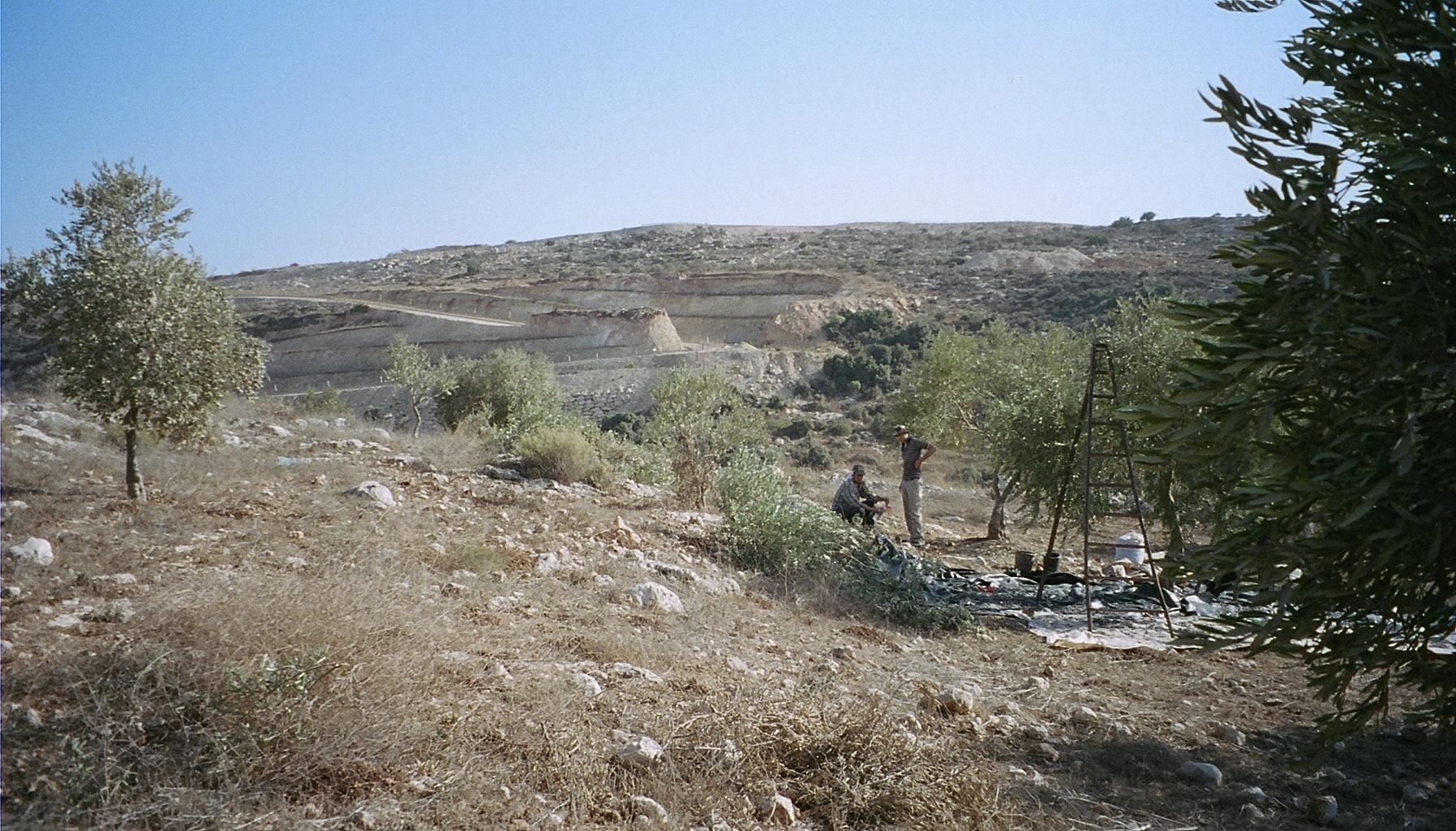 Blasted earth in the background 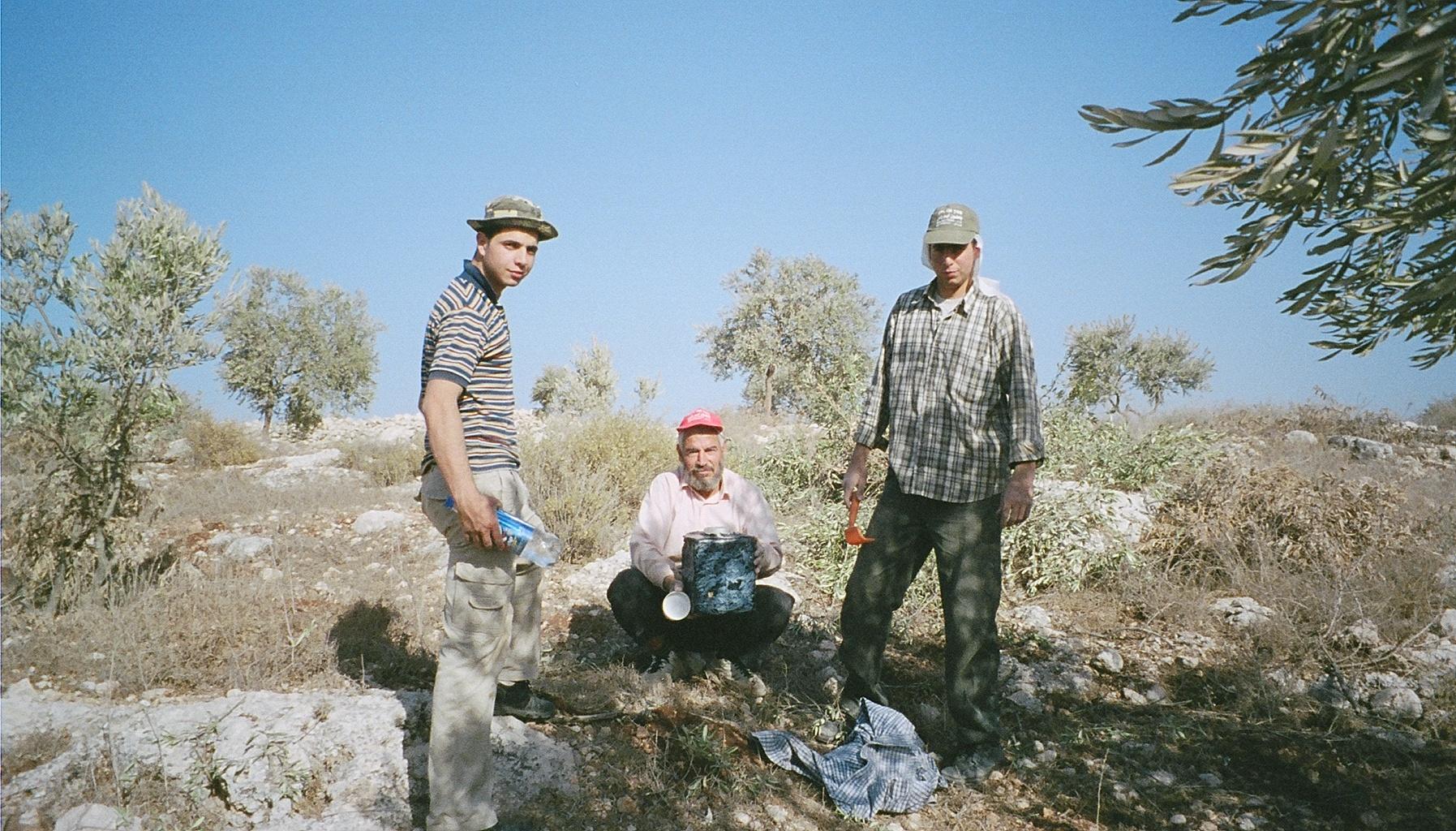 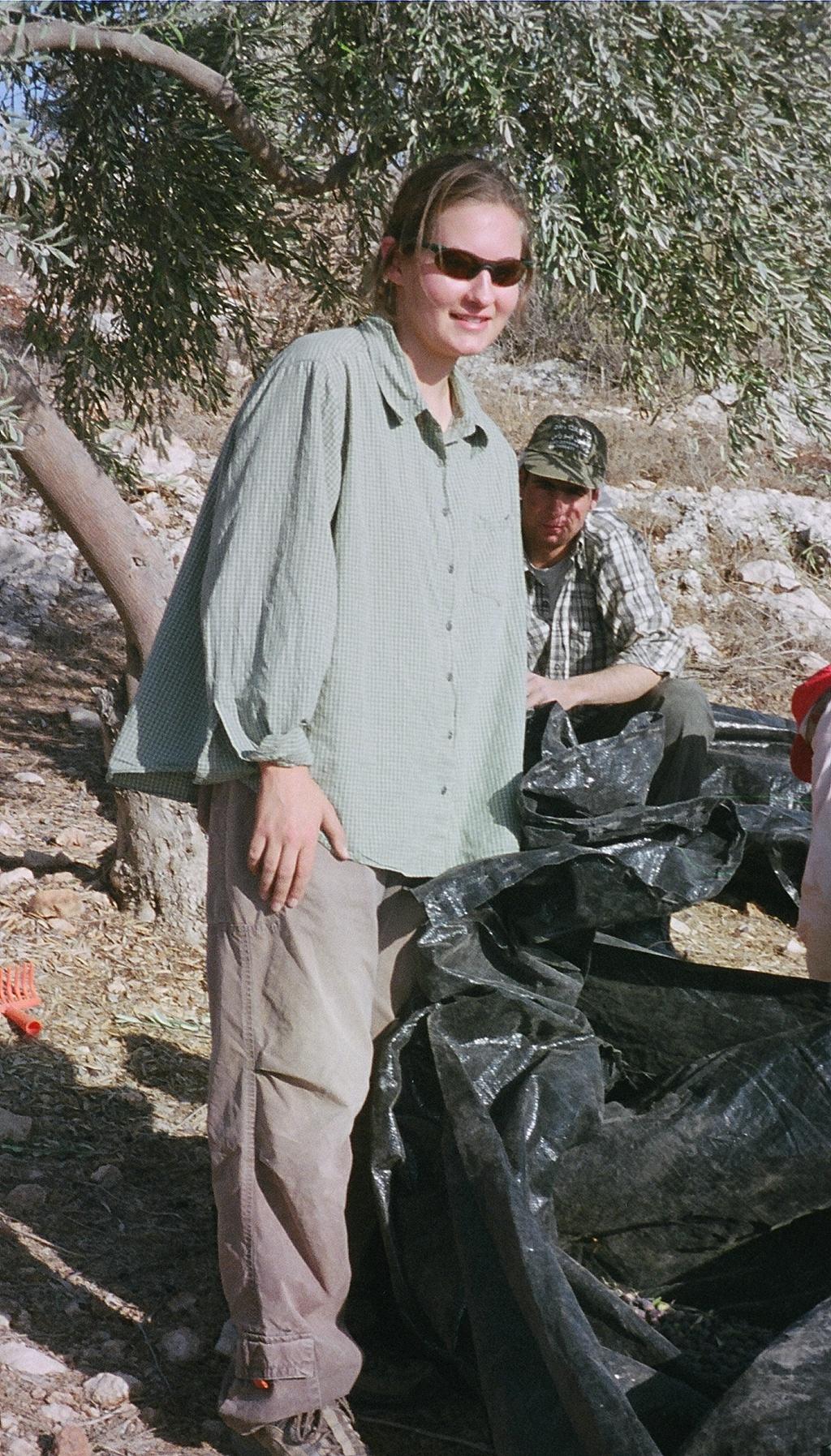 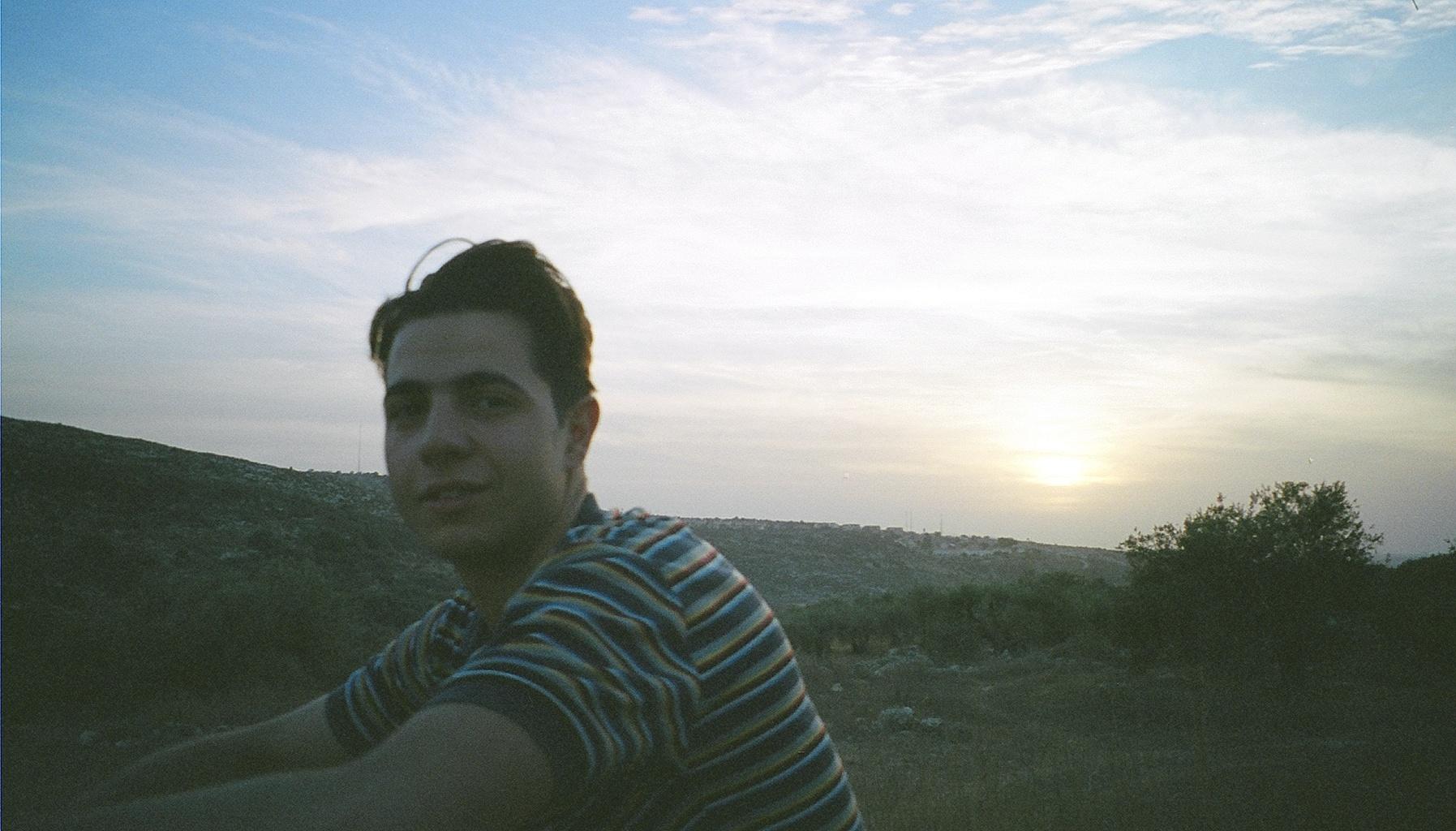 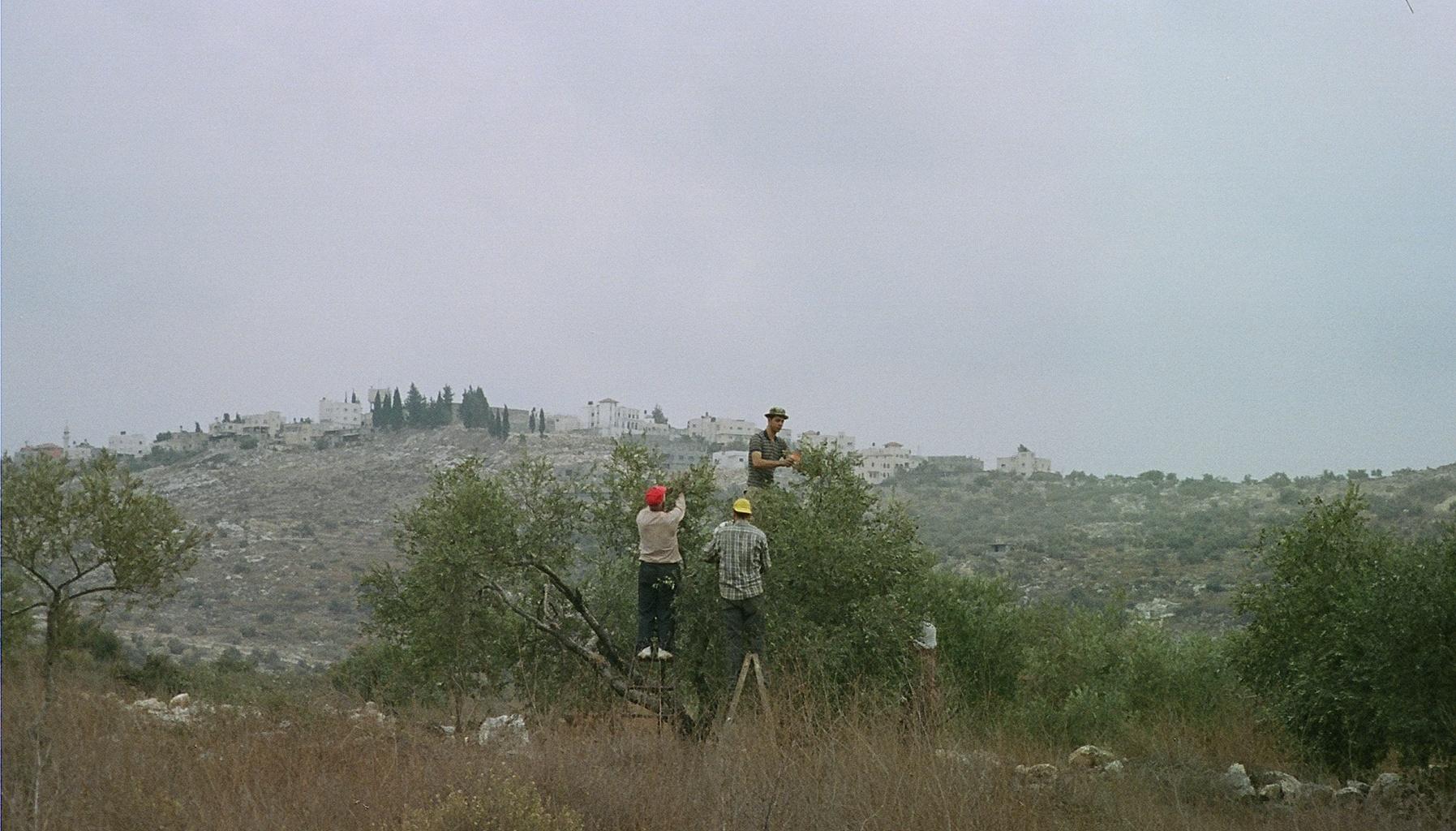 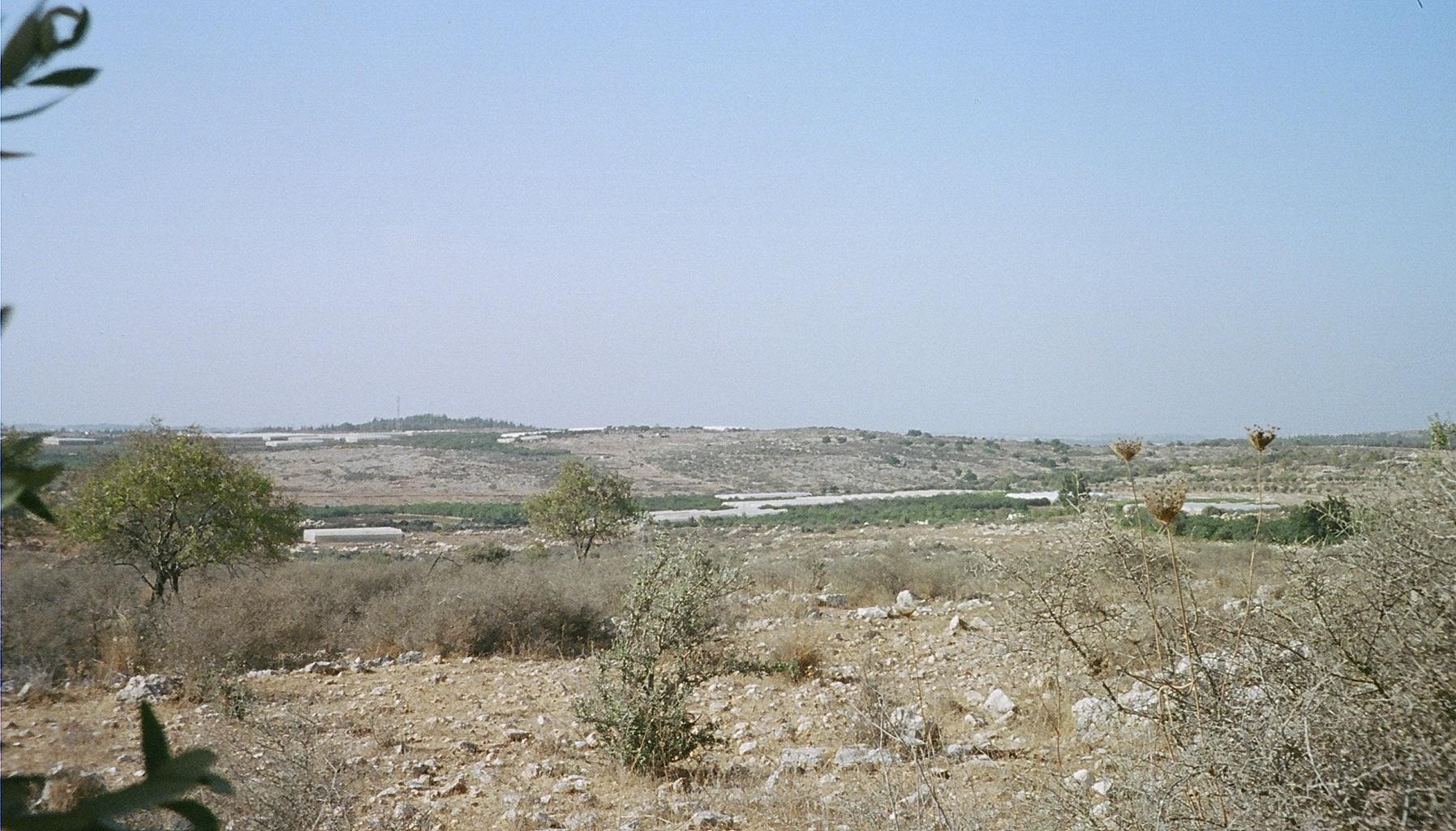 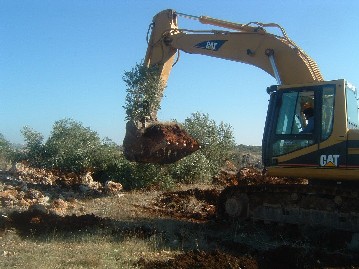 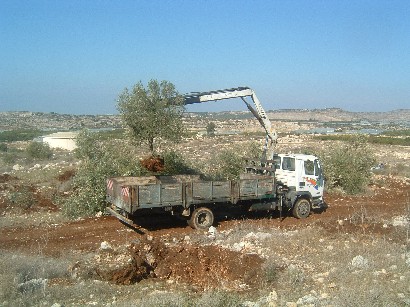